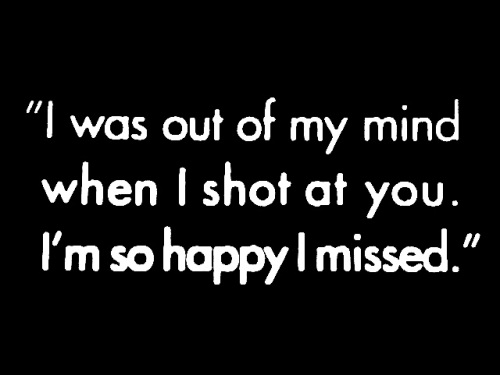 A week or so ago my internet connection started fluctuating causing interruptions in my online activities. It didn’t bother me that much. It was a nuisance, but one which could be worked with by adjusting how I do things. So I thought little of it. I’m erratic in my communications anyway.

Then my mind started to go too, in a similar way to my internet. In flux. I found it harder to focus. Being distracted became the new norm. It didn’t bother me that much. I have always swung from being intensely focused to being completely distracted. Astrologically this is clearly shown by my having Mars and Neptune in Scorpio in the 3rd house in my natal chart. Since my Mercury is in Aquarius, being an airhead is easy. It also confers mental alacrity, so I adapt quickly and rejig how I do things, including how I think, to suit the now.

I began to find it harder to write posts. I still have plenty of internal prompts giving me things to write about, but the flow of words started to hiccup. Transferring what was in my mind down into cyber ink on cyber page became less fluid. My mind was thinking predominantly in images rather than words and translating those images into words takes time and focus, but since I am distracted… It didn’t bother me that much. I have lots of posts which I made earlier to share, perhaps after a tweak or two.

The only thing which bothered me was that this new situation might trigger an old cycle of behaviour.

The main thrust of the cycle is one of being a part of the world and retreating from it into my own world. The hard part is being a part of the world and interacting with all the people who live in it, the easy part is retreating. I love being solitary. However, I feel that this love of being alone, as beneficial as it is to me, has to be balanced.

Blogging and Social Media have been helping me to change the cycle. Social networking has transformed my life in ways which I could not have imagined but for which I am very grateful. The internet gives me a way to be a part of the world, in fine company, and be solitary at the same time, which is an ideal solution.

What bothers me is that having an enforced break might trigger the desire never to return. Can I face this challenge?

Absence for me does not make my heart grow fonder, it tends to make my heart forget. Which is a blessing and a curse rolled into one.

I have been challenging this old cycle, and I do feel that I’ve made progress in changing my behaviour pattern, but like with all changes they need to be tested to see if they are genuine or forced. Genuine changes last, whereas forced ones only last for as long as we are consciously focused upon them, a significant distraction will pop that delusional bubble sharply.

At the moment I just don’t feel like sharing myself as much as I did a few weeks ago when I felt driven to share by the sheer joy of doing so. It doesn’t bother me that much. Life moves in rhythms, ebb and flow, recognise and respect the rhythm and things move more smoothly, fight it and a perpetual struggle ensues.

It occurred to me to check to see if this shift in focus tied in with a transit. The overlap between my life and the astrology of my chart, especially the transits and aspects they make, still surprises me. And this time it did too.

The flux of my internet connection coincided with transiting Mars crossing the cusp between my 11th and 12th houses. The 11th house represents community, social groups, circle of friends – while Mars was transiting this house my energy was directed at being a part of the online social community. The 12th house represents the unconscious, the hidden, and it is also associated with hidden enemies, real or in the subconscious – as Mars moved into this house, my energy turned away from expressing itself outwardly and turned inwards.

I wondered, as I always do, whether this transit of Mars was actually affecting me or whether I was transferring my feelings of the moment onto the transit. Making it what I needed it to be to help me to understand the shift in my life. Does it matter which one it is as long as understanding is achieved? I idly wished that I could recall what had happened the last time Mars transited my 12th. The wish was idle because I do not keep a diary or journal, unless you consider my blogs a journal, but they were created a while after I went through the last transit of Mars through my 12th. In fact, if I recall correctly, and my memory is not linear, I deleted all my previous social media creations during that transit.

As I was attempting to focus on writing my daily post, writing a post a day and posting regularly is one of my goals and challenges to myself, my mind wandered so much that I decided to give up and find an old post in my archives to use instead. As I perused them I saw the folder which contained posts from my old and defunct blog. I clicked and explored out of curiosity. And there my eye was caught by a post which I had titled – The Mars Effect. I opened it and lo and behold it was written about the last transit of Mars in my 12th. It did make me cringe a little, for various reasons. The writing style was more stilted and stiff, I was in my early stages of communicating this way. It was also…

Maybe I’ll post it after this and you can decide for yourself. Maybe I won’t. See… not in a sharing mood! (but maybe I am as a challenge to myself – Time Traveling with Mars Transiting the 12th House)

It was a post I had written not for my blog but for the Facebook page I had for that blog. In some ways the experience I wrote about led to my deciding that Facebook was not a platform which suited me.

Anyway, before I get hopelessly lost in tangents… a habit of mine which I enjoy but which tends to confuse others (it’s a Neptune in the 3rd and a Mercury in Aquarius thing)…

What I saw in that old post confirmed to me a couple of things:

1. That I have learned from my past and have changed, subtly, but that is sometimes the best kind of change.

2. That what I think is an effect of the Mars transit on my 12th is indeed what it is. Now the post was written at a slightly later degree of the transit, when Mars conjuncted my natal Moon in the 12th. So my emotions were heightened, and since my Moon is ‘afflicted’ by hard aspects… let’s just say things got heated and emotional.

Am I being too mysterious? That is a symptom of having my Moon in the 12th, and in Virgo. I apologise, but I am not sorry.

In Robert Hand’s book – Planets in Transit: Life Cycles for Living – Mars in the 12th is described thus:

This transit has also coincided with another event, one which reminds me of yet another event… which I handled rather badly, but which ultimately was very insightful and which I hope has helped to transform how I behave, and thus transform how I experience myself, life and others, and how others experience me (although I have very little control over their views). The learning curve may be steep, but it can be climbed and the climb is worth the effort… at least it seems to be from the angle from which I perceive it.

I endeavour to improve myself… but am I really improving myself? I try to relate to others in a more healthy way, bringing less of my baggage to the interaction, but the only way I can do this is by having experiences which show me the part I play and the part others play. I am grateful to all those who help to enlighten me, unfortunately I tend to be more enlightened by negative experiences than positive ones… I am slowly shifting in that too.

With so many planets transiting Scorpio, my dominant sign, now more than ever seems to be the time to delve deep into the subconscious and unconscious to dredge up the gunk lying on the bottom, and find the nuggets of gold which lie therein… but it is a messy, dirty and rather wet task. Worth it? Yes, worth it!

I have so much more to say on this… I’m sure that more (as I’ve already said more than enough for one post) will reveal itself in the other posts which I write during this transit.

Now, over to you, if Mars is transiting your 12th house or you recall the experiences you had when it did, care to share your experience of it with me?