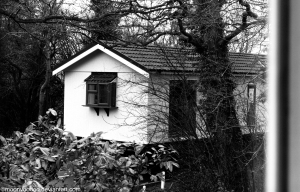 As a child I used to watch a program for kids on TV which had a segment where three windows of different shapes would be show next to each other on screen and then the presenter would say – which window shall we look through today?

I don’t think the viewer was as involved in this choice as the show pretended we were. They made it seem as though they connected with us through the window of the television screen when they asked us this question and that they telepathically received our answer (millions of kids shouting different answers, some of them picking a shape which wasn’t on offer).

No wonder so many of us who grew up being babysat by TV are so addicted to watching what happens through that window. We were programmed to believe that those on the other side of it cared about us, knew us, what we thought, wanted, and felt more than those on our side of it. After all most children watch TV alone or with other children while the adults go off and do those more important things which adults do and which they prefer to do when their children aren’t under their feet, in the way, or bothering them with stupid (curiosity induced and eager to learn) questions.

I know it’s hard being a parent. The job doesn’t come with an instruction manual and there isn’t any training for it (for you and your child, as unique individuals – there is however loads of advice, often contradictory and confusing, from other unique individuals with other unique children, but it’s about them and not you personally), it’s hands on learn as you go, and the first time around is always the most frightening.

I also know that it’s hard being a child. Also no instruction manual, also no training (on how to be a child and how to deal with those beings known as adults and parents), also very hands on learn as you go, but there is only one first time around and then you’re an adult.

Okay, there’s that middle bit between being a child and then being an adult where the two experiences overlap and the lines are very blurred which is just as traumatic for the teenager as it is for the parent of the teenager. More so for the teenager because they are a teenager. Parents of teenagers, it may be your very first experience of being the parent of a teenager but it isn’t your first experience of what puberty is like. Don’t just say you remember being that age, really remember being that age, it might take the edge off of the stress… or make it worse. Sorry. I didn’t realise you were such a tearaway, no wonder you’re afraid of and for your teenager!

There’s no formula for being a perfect parent or a perfect child or a perfect teenager, there are just people pretending that perfection exists and is attainable and they’re a living example of it (so why are they still here?). We’re human, big, small, in between, of all shapes and sizes. We’re windows too. Not just because our eyes are the windows of our soul, or windows through which we look out while others try to look in. We’re windows which look through windows and through which windows look and what we see and what they see… creates new windows…

Okay… I’m Alice… and Wonderland and the Looking Glass just got all Lucy in the Sky with Diamonds.

There are so many windows in our world. So many choices about which one to look through, that sometimes we look through all of them at once. We’re in front of the TV with some program on, while surfing on our laptop, texting on our phone, and occasionally glancing out of that thing on the wall which has a frame but isn’t a painting, mirror or photograph (also windows), which shows us a place outside of the inside where we are. Maybe there is someone else in the room with us and we’re peeking through their curtains trying to see all the windows which they can see and beyond.

Thresholds into other realities, past, present, future, inside, outside, real and imaginary. What is what, which is which, where is here and where is there? Do we cross over or just observe? Do we pick a window to go through or just let a window pick us? Can windows pick us? Can the world on the other side of the window see us as we see it, is there someone on the other side watching us watching them?

I enjoy staring out of windows. It’s a habit I have had all of my life because in those moments the world around me and sometimes inside of me fades away and I pause to think not busy thoughts but those other thoughts which only come out when the busy ones are turned down and tuned out. Sometimes something through the window catches my eye and… sometimes I have a camera to hand to capture that moment. The photograph with this post is of one of those moments captured through my window and capturing a window within a window.

Confused? I am… I need to go and lie down on the ceiling.