The Nature of Family 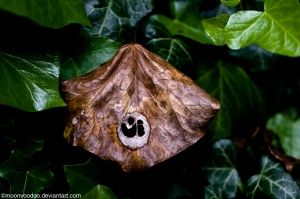 An ivy leaf family… working together to climb and spread and take over man made structures. Doesn’t the dried leaf look like it has an Om symbol on it.

The Daily Post’s Weekly Photo Challenge is Family. I enjoy entering photo challenges, the prize of doing that is in the creativity which it inspires. But family…

Whenever I have a question like that I tend to turn to nature for an answer… humans think too much about concepts such as family and relationships, and that thinking leads to all sorts of shenanigans. Nature just gets on with it… whatever it is. 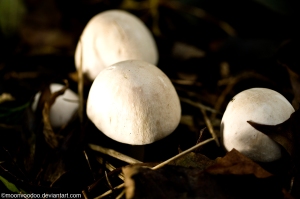 A mushroom family… with a PacMan mushroom… working together by linking and networking under the earth and spreading their seed in the wind.

“They were maps that lived, maps that one could study, frown over, and add to; maps, in short, that really meant something.” ― Gerald Durrell, My Family and Other Animals

One of my favourite books is My Family and Other Animals by Gerald Durrell. He taught me to look at nature through the eyes of a pupil seeking to learn from a natural master. I was already in awe of nature when I read the book and he encouraged that awe to grow into study. He also taught me to look at family with a comical slant, to see the quirks of those people known as family as a source of hilarity rather than something a bit more serious and tedious.

“Breakfast was, on the whole, a leisurely and silent meal, for no member of the family was very talkative at that hour. By the end of the meal the influence of the coffee, toast, and eggs made itself felt, and we started to revive, to tell each other what we intended to do, why we intended to do it, and then argue earnestly as to whether each had made a wise decision.” ― Gerald Durrell, My Family and Other Animals

I never felt as though I had a human family. They called themselves family, but…

“Why keep in touch with them? That’s what I want to know,’ asked Larry despairingly. ‘What satisfaction does it give you? They’re all either fossilized or mental.’
‘Indeed, they’re not mental,’ said Mother indignantly.
‘Nonsense, Mother… Look at Aunt Bertha, keeping flocks of imaginary cats… and there’s Great-Uncle Patrick, who wanders about nude and tells complete strangers how he killed whales with a penknife…They’re all bats.” ― Gerald Durrell, My Family and Other Animals

They enjoyed making fun constantly of how I spoke the language. The mistakes in pronunciation which I made could entertain them for years. When I got things right they told me about all the times I got things wrong. They liked to let me know that I was an alien… not one of them.

I once listened to my aunt tell a tale of when she was very young and how she had kept a family of fleas – pulce. This was brilliant and I suddenly admired my aunt as a child. My father had apparently killed off her family of fleas one by one by accidentally stepping on them. She was mortified. But what did she expect, they were fleas! Then… the beauty of the story vanished in a wisp of understanding and my aunt returned to being rather dull. She hadn’t kept fleas at all but chicks – pulcini. And my father was a serial killing clutz.

How they all laughed at my stupidity. Well they would, I was an alien and we didn’t speak the same language. Those on my planet would treat them with respect which they really didn’t earn, but that’s how we do things on my planet. 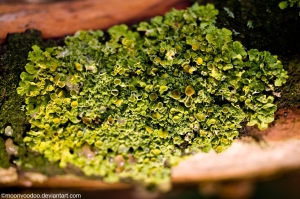 A lichen family… a miniature garden with strange gloopy stuff that looks like a blob trying to absorb all the minuscule people living in the lichen garden.

My real family was nature… nature welcomed me into the fold.

I have a human family now with whom I feel a part… that family is made up of all those with whom I connect in a natural way, I accept thema s they naturally are and they accept me as I naturally am.

These three photos show a very natural sort of family dynamic… the kind upon which I base my personal concept of family.

Who are working together to get their nutritional supplement of the day. 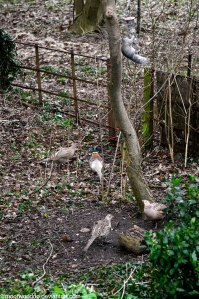 Although I’m not really sure what the squirrel gets out of teaming up with the pheasants… perhaps they serve as an early warning system as pheasants are extremely skittish. In this photo they’re all blurry because I opened the window to get a better shot of them and even though I did it carefully, they heard me because the male pheasant squawked on me.