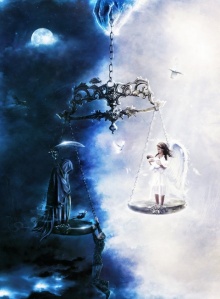 It’s one of those days when the weather is unsure of itself. Is it overcast with a chance of rain or overcast with a chance of Sun? Yet again the weather reflects how I feel or vice versa. I am partially unsure of my mood, overall there is a sense of cloudy greyness, a seriousness, my thoughts are weighing on my mind, but will the results of exploring those thoughts be optimistic and thus bring sunshine or pessimistic and thus bring rain.

Mind you, for plants, in nature, both elements are considered valuable for life and blossoming and growth.

Ever look back at your past and see how the negative experiences which you have had created something positive in your life? A negative muse yielding positive creativity. 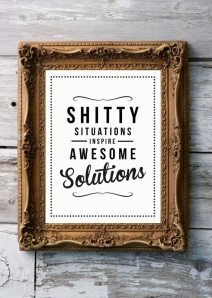 Art print via RockTheCustard on Etsy

This morning I checked on one of my favourite astrology sites and read this – Jupiter Rx Opposes Pluto in Capricorn. I don’t know how you’ll read it, if you do, but I was inspired to find out what I had been blogging about during that time.

What caught my eye was one of my writing posts – Are You a Magnet for Narcissists?

Was that when I wrote it. Hmmm. You know, I don’t really remember writing it. I can recall the idea which inspired me to write it, but I wrote it as I do quite a few of my posts, in the trance of inspiration fuelled by passion.

Ah… The weather has made up its mind. The Sun has decided to stay hidden and now it is raining.

Many lovely souls have been kind enough to let me know that Are You a Magnet for Narcissists? inspired them, helped them, gave them a new perspective on a painful experience. Some have even said that they have never read a post on Narcissistic Personality Disorder like it. I’m humbled by that. I could have gone the other way and become egotistical about it. Why didn’t I?

To answer that you’d need to see what I see when I not only look back at my life, but I look inside, at the darkness within which over the years has become a very important ally.

Once upon a time that darkness felt as though it was an enemy to fight in a kill or be killed battle. But it wasn’t trying to kill me, it wanted me to understand it and to do that I had to put down my weapons and face it without prejudice.

To step away from the temptation and human inclination to split everything into halves, one good and one bad, one negative and one positive, and so on. Yes, those halves exist, but they do so in harmony, they balance each other out and complement each other. They are two halves of a whole.

How can you know you’re happy if you’ve never experienced sadness? How can you know what lightness is if there is no darkness with which to compare it? What is warmth without cold? What is a smile without a frown? Eyes which never cry are dry. If you don’t feel pain, how can you connect with others, pain is the salt of the earth. 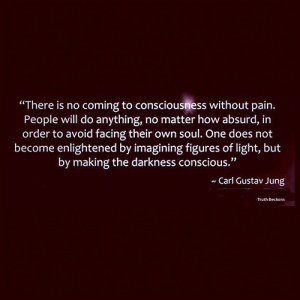 As long as I saw my darkness as bad, I ran away from it or fought it, both, seeking desperately to get to that fabled land where only lightness exists and you live happily ever after. Doing that kept me split into warring halves, and I could never be whole and thus never at peace within and with myself… or anyone else. The world was hostile because I was hostile. Sure, I was hostile because the world I was born into was hostile, but… chicken/egg. At some point you have to decide that which came first isn’t as relevant as what you do with it as it is. 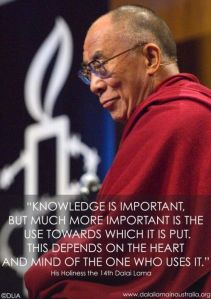 If you don’t get to know your own darkness, and insist on averting your eyes and focusing only on the light… if you look too long at the Sun, you develop blind spots. Blind spots are dark. And if you don’t see your darkness… someone else might, and they might get to know it well, they may even use it against you, on purpose or by accident.

As I was contemplating how much I have benefited from the darkness in my life and within myself, I heard the rumble of… no, not thunder… the garbage truck. They came much later than usual, almost as though they waited for the right moment to intrude on my contemplation and add to it.

Of course they didn’t do that, the world does not revolve around me and my thoughts, but me and my thoughts can pretend that it does, and that pretending might elucidate something for me and my thoughts. There is a rhythm and poetry to life and the events which occur. And since we create our own reality by projecting what is inside of us onto that which is outside, it makes sense to consciously be aware of it and work with it, use a natural habit for… whatever you want to use it for. 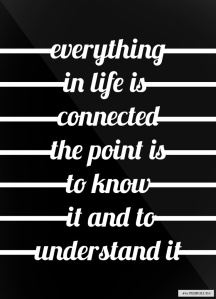 If you’re standing at a bus stop on a rainy day and a car drives rapidly through a puddle, splashing you, drenching you…

Does it ruin your day? Do you then set about ruining everyone else’s day too? Not necessarily on purpose, but…

Does it make your day? You were in a bad mood, dejected and serious, and the incident snaps you out of it, the shock… and then, without reason, you burst out laughing and suddenly you feel happy. It doesn’t make sense, but instead of trying to kill the joy with logic, or with the need to honour your previous bad mood, you decide to honour spontaneous and random happiness. You can always return to the bad mood later when you remember why you had it and it demands you continue feeling that way because of some story and pattern which you’re sort of stuck in. When the mind rules our moods, it does so in a very controlling way because it has a system and it doesn’t do emotions like emotions do them. The ego is very stiff…

Does it change the path you were on before it happened? Maybe you were going to a meeting, were going to be on time, but now you have to go home and change and you’ll be late, but you can’t go to the meeting soaking wet and muddy. That delay may be beneficial or detrimental, or a bit of both. When you get home you find your teenager has made a U-turn, they are bunking off school, at first you’re furious and then you realise that something is bothering them and that’s when they finally admit to you that they are being bullied at school and have considered killing themselves because of it. Maybe that meeting was about a promotion and you end up missing that opportunity, a colleague, the one who likes to steal your ideas and present them as their own got the promotion instead. If you’d made the meeting you would have gotten the promotion because your boss knew you were better qualified than your colleague, but business is business and there are rules and you broke one by not turning up and it doesn’t matter about extenuating circumstances. Life is… 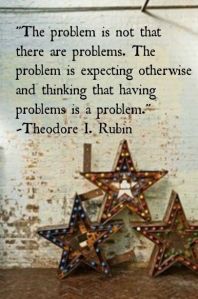 My thoughts tend to go off on tangents, but if I allow that to happen I eventually end up at the starting point, only things have changed and I have new information which gives me a new perspective.

I do that with my darkness, every time I visit the shadowlands within I see things which I did not see before, because by rummaging through what seems like a putrefying pile of detritus, all those things I put in the garbage bin and hope the garbage truck will pick up and take away forever (even if it’s just to the local landfill which on a windy day perfumes the air), I get my hands dirty, connect with the earth within and often find treasure which got thrown out accidentally as I did not know what it was at the time. That garbage is fertiliser for the soul, which nourishes the emotions and the mind.

Are You a Magnet for Narcissists? is a plant which blossomed from my darkness, nourished by rain, some Sun, and much personal fertiliser. I got my hands dirty. Pain was my ally, my co-writer, my negative muse, it showed me the wound once I was ready to face it, and said to me that only by going through the wound can you find the treasure within.

I’m glad that others have benefited from it. 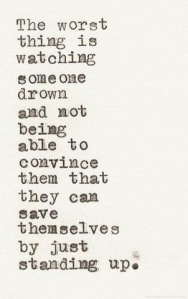 Take what you need, nourish yourself, watch yourself grow and blossom.

Oh, look, the Sun’s trying to come out from behind the clouds… how quickly the weather changes during a cigarette break… there’s a silver lining.