Origin Story – I Belong in the land of Not Belonging

I use writing as a means to communicate, but I don’t consider myself to be a writer, so when I saw The Daily Post’s Weekly Writing Challenge: Writerly Reflections I thought… not for me, I don’t belong here.

Yet something about what was expressed within it appealed to me, stirred thoughts and ideas.

I have always been a voracious reader… since even before I could read.

Reading is not just about words and being able to make sense of them.

In reading we use all of our senses. If we didn’t reading would not be as addictive as it is, it would just be words saying stuff, but that stuff which they said would not come alive within us, coloured by our feelings, emotions, thoughts, smells, sounds, touch, taste, sight and beyond into memory and imagination.

Those who don’t belong in your world, still belong in the world. Your world is just one piece of a very large an intricate puzzle.

“In the land of the blind, the one-eyed man is king.” – Desiderius Erasmus

And what they see is that he is an outsider.

His one-eye makes him one.

It’s just the way it is.

He’s different. That doesn’t mean he is better or worse. He’s just different.

He could share what he sees. And those who don’t see the same as him could share their way of seeing with him, and a place where both meet and blend could be found. A third option between two sides.

Or… the divide can remain as it is. 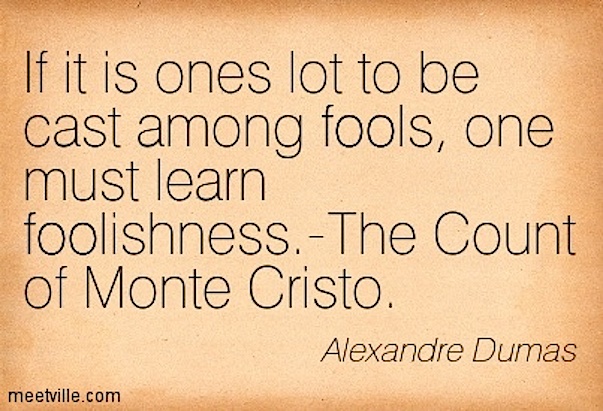 (and who is the fool? The one who thinks he is not or the one who knows he is?)

An outsider often feels rejected by those who form a part of the other group – Insiders. Partly because to be part of a group, those within the group need one or more who are outside of it, otherwise there really is no inside or outside, the group does not exist, there is just a gathering of people. But add an outsider and those others become insiders and a group is formed thanks to the outsider who gives insiders the feeling of being on the inside of something.

Neither side of the equation is better than the other, but they sometimes perceive themselves to be that way. It’s a side effect of the dynamic. It’s a perception that in some ways is a requirement.

I was born an outsider. That is my origin story. The members of my family considered me that way, one or two saw this in a positive light, the rest did not. They perceived me as an interloper and let me know this at every available opportunity.

The Story of Ferdinand by Munro Leaf, drawings by Robert Lawson

It’s just the way it was.

As a child I grew up without other children around me. I was a tiny being in a world of giants, otherwise known as adults.

The adults let me know that I was an oddity in their world.

And the occasional child who strayed into my awareness… well, they were different, I was different. They usually let me know that to them I was not considered to be a child like they were or all the other children they knew were. I was an oddity in their world too.

It’s just the way it was.

At first I thought little of it. But over time there were those, one-eyed men in the land of the blind, who felt it was their duty to point out to me that I did not belong and needed to make myself belong. I was an oddity who was wrong in being that way. So I attempted to adjust and adapt.

My attempts at adjusting and adapting made me even more of an oddity. What was different became what was uncomfortably awkward.

As I progressed through that thing known as growing up, this theme played out again and again. I was an outsider trying to figure out a way to be an insider. Partly for me, a single soul searching for its home, its clan, tribe, group. But mostly for others who seemed to be more disturbed than I was about my outsider status.

Why does being an outsider bother those who are insiders so much?

Is it perhaps because they are all secret outsiders longing to be outside, but pretending to be insiders who are stuck on an inside in which they do not belong.

My favourite stories, books, comics, cartoons, films, etc, as a child were all about an outsider seeking a way to belong, to find kindred spirits, a home, a tribe, etc. yet this outsider was also comfortable in their outsider-ness.

There are so many of these stories of outsiders… more than stories of insiders. Finding a story of an insider being inside and belonging is rare… or so it seems.

So perhaps we’re all outsiders who don’t belong to a group because all groups are made up of outsiders pretending to be insiders, but none of those insiders feel that they really belong on the inside, which is why they are so fascinated by outsiders who see themselves as outsiders and don’t bother to pretend to be otherwise.

That fascination, sometimes expressed negatively through bullying or ostracism or otherwise, is recognition.

The Outsider by Colin Wilson

A recognition of the kind which says – I am like you, yet unlike you as I am in hiding… why aren’t you hiding too? What makes you so bold as to be different openly? It’s not safe outside… yet the inside’s safety… is not as safe as I thought it would be, yet I can’t seem to get out now that I am in. How do I get out, yet stay inside as well?

We’re all one-eyed men in a land of other one-eyed men… it’s just that some of us have chosen to pretend to be blind, and when enough of us do that, we become a group and those who don’t do so become the outsiders… but even outsiders are a group, just not a group who are willing to band together… not closely enough to be official anyway. Although sometimes…

But if outsiders band together, they become insiders… a paradox often lost, sometimes found and then forgotten for the sake of belonging.

What strange creatures are humans… are we.

We’re all unique, different… outsiders… sometimes those differences, the uniqueness, finds a similarity, a sameness… and for a moment we are outsiders who are insiders who are still outsiders but have an outsider friend and friends.

I recall an incident at a dinner party where the stranger next to me related what made them different from everyone else, including me, at the party. I smiled at their words and said – Me too, we share the same differences – this was followed by an awkward pause where I realised that I had just robbed them of their outsider status of which they were very proud. A gaff which they did not forgive me for, did not like me for, instead disliked me intensely for it… and turned their back to me after that. How dare I be similar to them, they were different and that was that. 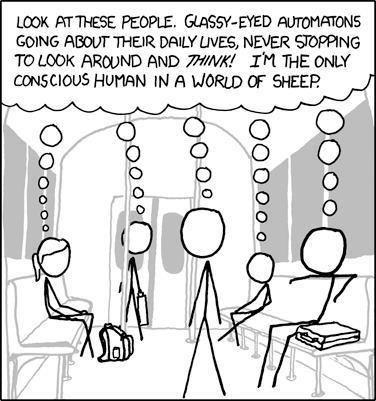 We are different… just different. 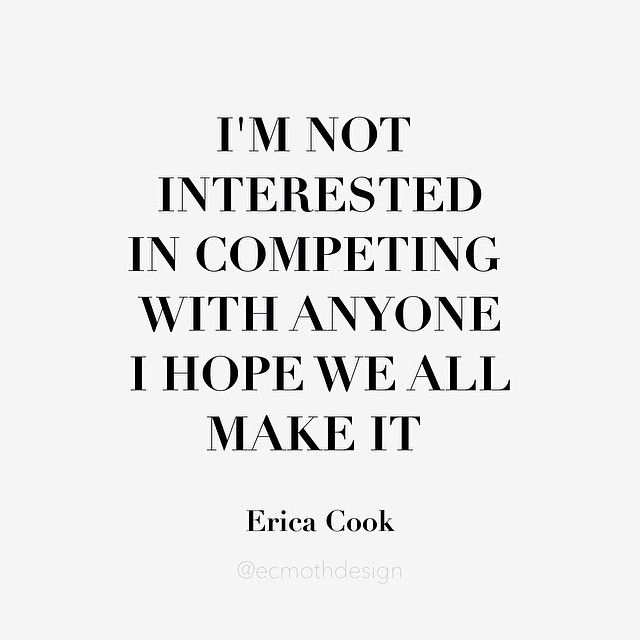 If I bother you by being different in some way from you, from what you consider to be normal or… otherwise. Then ignore me. It’s easy to do.

If you’re like me, then those who bother you are intriguing books to be read, to be explored for something inside which is also on the outside.

Through reading, however you do it, through eyes, nose, ears, touch, taste and all the myriad senses beyond those obvious ones which have less obvious ones within them…

…there is much to be discovered, uncovered and so much more…

Thank you for sharing… yourself.