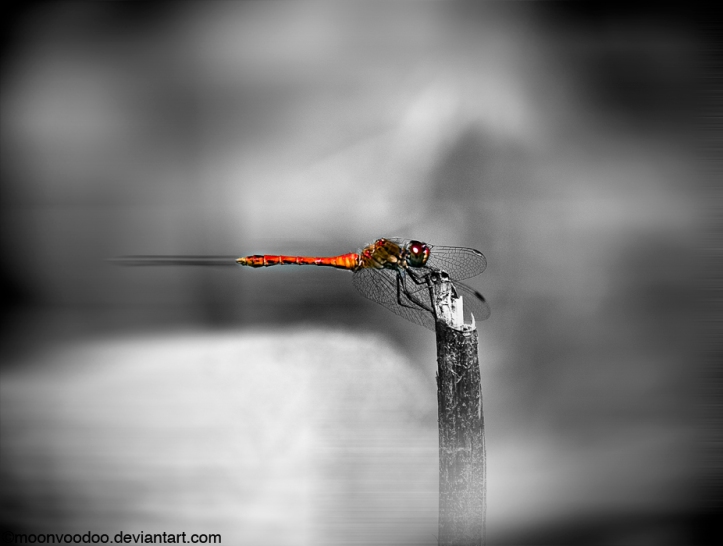 “From there to here, from here to there, funny things are everywhere!” – Dr. Seuss

I already held in my mind’s eye my vision for this post.

I’d taken a shot this morning of a red dragonfly and it’s colour inspired my vision.

Yesterday I used a shot of a blue dragonfly as inspiration for my post – Gossamer Blues. 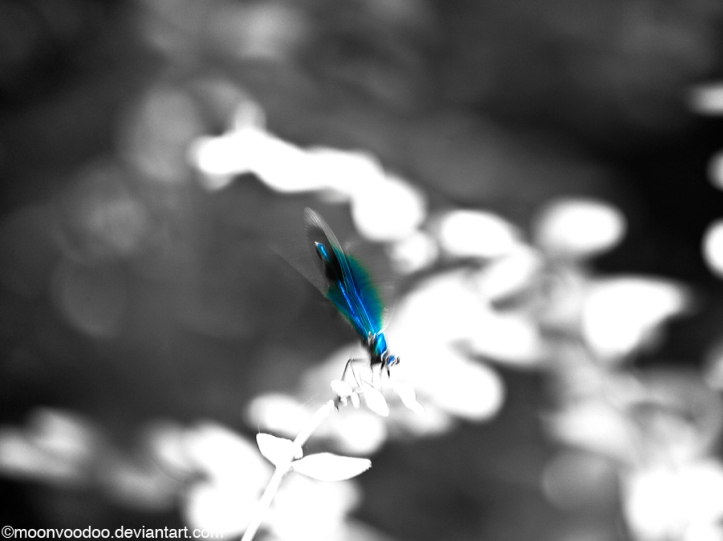 Both of these dragonflies are rare visitors to my garden. Both appeared and disappeared suddenly, and did not pose for shots. The regular dragonflies are very different, you can get up close and personal with them and they don’t seem to mind the attention at all. It’s almost as if they like it. 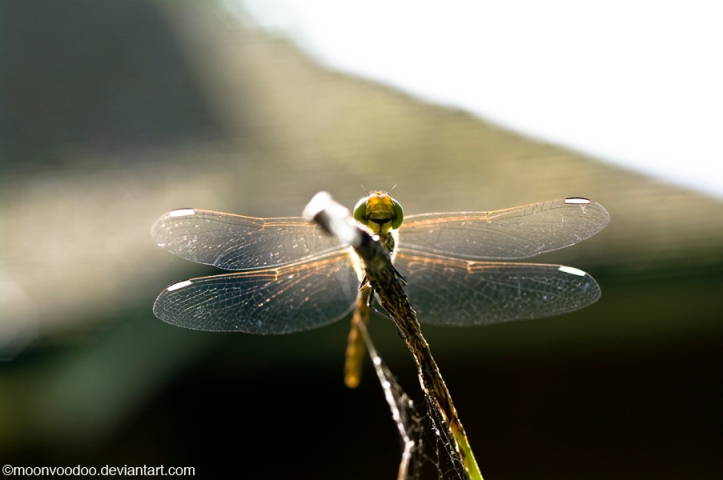 The blue dragonfly watched me the entire time I was hunting it with my lens and did so with suspicion. If I anthropomorphise – It seemed nervous. It had a habit of moving the moment I managed to get it in focus.

The red dragonfly did not watch me. It did not seem nervous, but it gave the impression that since this particular garden was not familiar territory that it wasn’t certain if it liked being here or not. It had a critical edge to it.

That critical edge and its colour made me think of anger – hence calling this post ‘Seeing Red’.

As I was forming the words which would accompany my post,

a while after the photo shoot with the red dragonfly,

a while after it had gone without any of the sort of ceremony a human might bother to perform under such circumstances to avoid annoying its observers,

I spotted it again.

At first I was not sure that it was the same dragonfly. In fact I was a bit baffled and wondered if my eyes were deceiving me – kind of like our eyes and minds deceive us when we are seeing red, when we are partaking of the intoxicating juice of anger. Was it a dragonfly at all? It looked like a dragonfly but it did not fly like a dragonfly – it undulated in an ‘S’ shape rather than move in a ‘Z’ shaped zigzag.

I moved in for a closer inspection and saw what appeared to be the red dragonfly with a brownish dragonfly attached to its tail. I quickly fetched my camera… not quickly enough to get a shot and therefore I have no proof that what I saw existed… so maybe it was an optical illusion.

Humans can be quick when motivated, especially when motivated by anger – conclusion jumping often gets an Olympic Gold in such circumstances, followed by a righteous indignation ceremony – but never as quick as a dragonfly or two stuck together. Is that possible, is that how they mate? I have no idea and may remember to look it up at some point… deciding to find out whether we are operating on fact or fiction fuel can be a delicate affair for our ego and other bits an pieces which make up our whole.

Looking things up was what was going to be my focus for ‘Seeing Red’. Or at least what happens when you look things up and they stimulate the fiery nerve – the nervous fierious.

This morning while browsing the latest psychology news, I happened upon a post which was discussing a ‘test’ which has been devised to determine with one single question – a very loaded question – whether someone is a Narcissist or not. It gave the impression (the question and not that particular article) of being a magic bullet or formula which suggests that we can do away with everything else, experience, expertise, and whatnot which might be time consuming, this is all we need. Laziness (and a desire for idealistic solutions which do all the work for us so we don’t have to do much if anything) abides.

Apparently all you need to do to find out if someone is a Narcissist is to ask them if they are or not. Apparently they will answer this honestly, without bias or strategical forethought… or something like that. And that is that. Problem solved.

“Everybody is a book of blood; wherever we’re opened, we’re red.” ― Clive Barker

Being blue and seeing red are regular weather for human emotions. Definitely for this human, anyway.

I’d miss the wind… was an idea I’d had for a post subject and title the other day. I’m sporadically house-hunting at the moment, and a few weeks ago I found a ‘perfect’ house… part of its perfection lay in the fact that it was built in an old quarry which made it protected from the elements. Where I live now is so exposed to the elements and particularly wind-blown that… taking pics of dragonflies is often hampered where focus is concerned by the wind blowing.

Be careful for what you wish… sometimes you only wish for it because you don’t have it and don’t appreciate what you do have because you have it.

The ‘perfect’ house gradually became less perfect the more it dawned on me that the things which made it ‘perfect’ also made it potentially ‘imperfect’. Luckily someone else bought it and so… I didn’t have to find out that my dream house was a nightmare.

That trick about counting to 10 when angry… that kind of pause is useful with other emotions and thoughts too.

I sometimes look at my photos that way, with wishful thinking  – if only I’d gotten the shot which I didn’t get rather than the one which I did get. If only I had the talent which I didn’t have… et cetera.