A wonderfully thought-provoking post from a fascinating blog to explore.
.
I’ve spent part of my life living in crowded cities and have come across people like the woman on the bus. What I usually think when I see someone deviating from the ‘normal’ behaviour of those around them is something akin to – I wish I could do that.
.
The pressure of being ‘normal’ can feel like a straightjacket.
.
There have been times when I’ve felt like one of those people, when my presence bothers others so much that all they want to do is either get rid of me or get away from me. Pretend I don’t exist so they can carry on as usual, have things return to ‘normal’.
.
Sometimes I look at those who are considered ‘crazy’ by those who think they are ‘normal’ and it occurs to me that perception is experiencing an optical illusion. The world is upside down but the brain has adjusted and made it seem as though it is the right way up.
.
I have Dyslexia, which is considered a learning disability. For me having Dyslexia is ‘normal’. The most common problem which I have with it isn’t within the disorder itself but with the attitude of those who don’t have it, don’t understand it and really don’t care to learn more about it. So who really has the learning disability?
.
I love this post and have had many intriguing and insightful discussions with myself (I converse with myself all the time) and with other people about it and about the thoughts it provokes.
.
Life and being human is a learning through living experience. 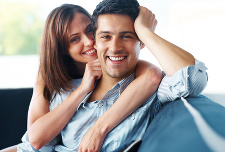 I remember taking a bus to London Bridge when, after a few stops, a woman got on who seemed to move with a subtle but twitchy disregard for her surroundings. She found herself a seat among the Saturday shoppers and divided her time between looking out the window and responding to invisible companions, occasionally shouting at her unseen persecutors.

By East Street, the bus was empty.

You’ve probably encountered fellow travellers who are strikingly out of the ordinary, sometimes quite distressed, scattered among the urban landscape where they seem to have a social forcefield around them that makes crowds part in their presence.

If you’ve ever worked in a hospital or support service for people with psychological or neurological difficulties, you’ve probably met lots of people who are markedly out of step with the mundane rules of social engagement.

They seem to talk too loud, or too fast, or too…