Do you have relationship problems with a Capricorn?

Every now and then, often once a day, in the search criteria which led someone to my blog, I find a Capricorn related problem.

‘do capricorns mean it when they say i love you’

‘why do capricorn men give the silent treatment’ – this keeps coming up, hmmmm…

‘why capricorns never age’ – not sure if that is a problem!?!

Capricorn – voted most likely to be a sociopath… according to others.

What does this all mean?

for those who aren’t Capricorns,

it means you find Capricorns annoying, mystifying, secretive, or something along those lines.

Relationships are always complicated… whether you throw astrology into the mix or not.

Two individuals trying to merge in some way,

Baby, won’t you light my fire…

Astrology is a useful tool for figuring stuff out… but it depends on how you use it.

A cautionary and very funny tale (whoever created this is a genius – I  can’t find the source, the creator, and so I can’t give credit and link to them – which I really want to do. Capricorns like to give credit where credit is due.):

That guy, this relationship, is doomed… but maybe he likes playing ‘Doom’.

I love astrology, it has many uses.

The Capricorn motto, according to astrologers is – I use.

It can make sense of things which other subjects can’t… in ways other subjects can’t, don’t and sometimes won’t because then you’d figure things out for yourself… and some subjects and the people who use them and claim to be experts at using them – you can’t use them if you’re not an expert (according to whom? Those experts, perhaps?) don’t want you to do that. They don’t want you to figure things out for yourself… because then you wouldn’t need them and their expertise.

One of the things I like about astrology is that it blends black and white, negative and positive, right and wrong, and so on, it shows two sides, the extremes, and then shows all the stuff which lies in between the two. The sweet spot between extremes can be found, even if just for a moment. Saturn, the ruler of Capricorn, knows how to play with time and stretch moments. It has a positive side as well as its more well known negative side. The task master, the disciplinarian… has a soft underbelly.

Under the tough exterior of a Capricorn is a soft underbelly.

We just know it’s stupid to expose it to just anyone and everyone.

We learn from our own stupidity and try not to make the same mistake twice. We don’t mind being stupid if we learn from it. That’s life. However… make other mistakes, new ones, instead of the same one, an old one, over and over again, because… that’s just stupid on a whole other level. That’s a professional and expert kind of stupid… we’re ambitious, or so we’re told, or so ‘they’ say, so I guess that could be where our ambitions lie, but we’d rather our ambitions didn’t prostrate themselves in such an endeavour.

however, there are times when you can come close to winning this particular competition.

So you think that the Capricorn whom you know is a sociopath.

Because they’re not considerate of your feelings, maybe?

And you labeling them a sociopath… is you being considerate of their feelings?

And it’s perfectly okay to accuse them of being a sociopath because they don’t have feelings like you do so they won’t mind… or maybe you’re poking them, hoping to get them to react to you. If they can feel pain when you inflict it… then I guess they’re not a sociopath.

What an… interesting test. 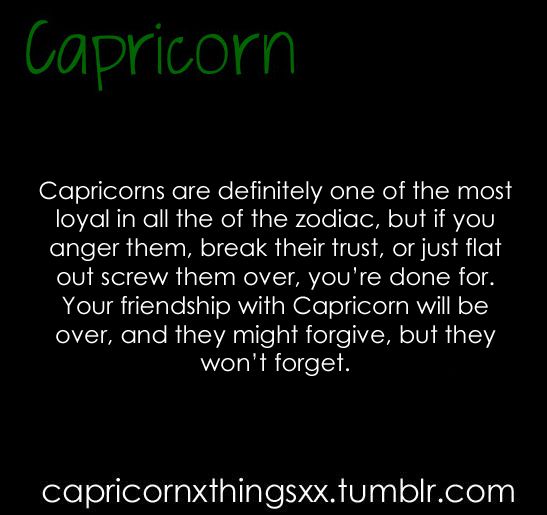 Did it ever occur to you that you’re an emotional wrecking ball… according to the Capricorn.

And the only way they can deal with your emotional overload is by distancing themselves from you, as a means of self-preservation.

Maybe they are only a ‘sociopath’ around you.

Maybe they are only silent around you.

Maybe they are only cold around you.

Maybe it is you and not them,

rather than them and not you.

Maybe it is them around you.

I’m sure you’ve backed up your accusation with ‘proof’ and ‘fact’.

Does everyone who knows them agree with you… ah! Fact and proof!

Neither right nor wrong.

One person’s right does not make another person wrong,

even if you want it to. Even if others want it to and agree with you.

Those who support you… can turn on you in a split second.

What applies to you applies to others… not necessarily the way that you apply it.

Perception in relationships gets very muddled,

whether you use astrology, psychology, or whatever…

We project, reflect, transfer… and get hopelessly confused.

Empathy isn’t always what you think and feel it is. It is more than a one-way flow of feeling,

are you sure the feelings that you’re picking up empathectically really belong to the other person?

Maybe you’re just picking up what you’re projecting… the feelings from which you have disassociated.

Their shit may be your shit.

If you use astrology, then use all of it, not just the part which suits your intentions, motivations, and goal.

An astrology chart is a representation of a whole with many slices. The Sun sign is a small slice of a whole cake.

My whole cake is here.

I am a Capricorn Sun. With Virgo rising, Virgo Moon in the 12th house, conjunct my Asc (my ass), Pluto in Virgo in the 1st house, trining my Capricorn Sun. Uranus in Libra in the 1st house, conjunct Jupiter in Libra in the 2nd house, which loosely conjuncts Pluto, and trines Mercury in Aquarius in the 5th house, which squares Mars in Scorpio in the 3rd house which… and so on.

We’re not just one thing, not just our Sun sign, not just a personality disorder (someone else may diagnose us with)… we have many layers, many slices.

Your problem with me, with a Capricorn…

is it really my problem, the Capricorn’s problem, or yours?

Maybe it is a problem for both of us…

Sharing fairly is not a human tendency, as much as we pretend it is.

So, next time you think the problem is the Capricorn… maybe it is just how your sign interacts with their sign.

Relationships are complicated… however you look at them.

Our relationship with ourselves is complicated, so why would we expect it to be simple where others are concerned? 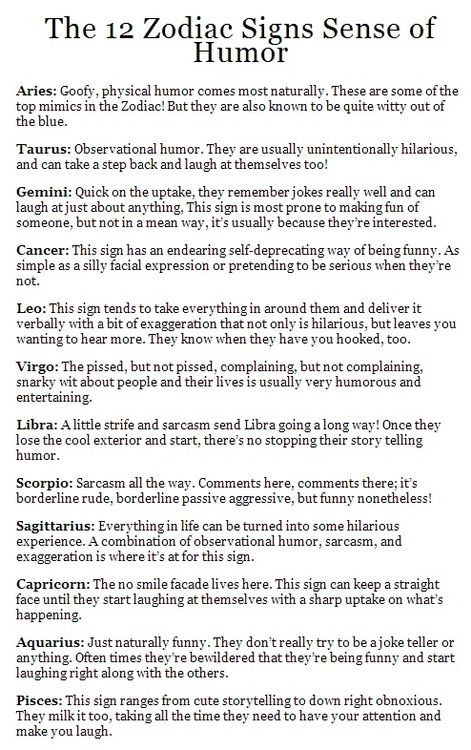 So, to answer those search queries from this Capricorn’s point of view, which may differ from other Capricorns:

If I seem cold to you… ever wonder how you seem to me, maybe I think you’re cold and I’m reflecting you back at you.

If I say ‘I love you’ I mean it. I do not use ‘I love you’ as other signs do. I thought and felt things through before I decided to say it. I may only say it once… with words… but I will say it over and over again with actions. If you can’t ‘see’ how much I love you… why is that my problem?

Use the silent treatment on us… we’ll be relieved.

Capricorns and aging, forwards, backwards, etc – we relax with age and become sillier. Stick with us through our premature old soul youth, our curmudgeon days, and you’ll reap the rewards of our immature crone years. We know who sticks with us… so don’t try to pretend around us.

As for the sociopath label often glued onto us – some of us are indeed sociopaths, so are other signs, but if we are we won’t put up as much of a pretense about it as other signs. Capricorns value authenticity. If you’re effing with us, pretending to be all non-sociopathic and non-narcissistic, accusing us of being who you are… we’ll see it. We make keep quiet about it – give you what you call the ‘silent treatment’. Or even suck up to your version of reality and us. Because you’re not into authenticity even if you say you are. Sometimes we’ll let you call us ‘names’ if it suits us. We know that such things reveal you more than they reveal us… but we keep an eye on what they reveal about us, and an eye on how much you refuse to see what they they reveal about you.

Before you accuse me, take a look at yourself…

Before you accuse a Capricorn… check your own sign out.

Once you’ve voiced the accusation at me, at a Capricorn… too late… we’re now looking at you, and not in the way you perhaps wanted.

We all want attention, we don’t always like the kind of attention which we get.

Be careful for what you wish.

Should I have asked that?

UPDATE: Due to the amount of comments which this post has generated (and which I really did not expect, nor was I prepared for it) from those who are having relationship problems of one sort or another with a Capricorn… and seem to think that this Capricorn Sun (me) somehow has answers (which I really don’t) for you about your particular Capricorn (a human being who just so happens to also be born under the Sun sign – Capricorn), I thought I’d add some astrology links.

Please remember that Capricorns are people, like you are. Sun signs are just archetypes which may or may not be relevant.

If you’re using astrology to figure someone out, please remember that they’re not just their Sun sign (just as you are not just your Sun Sign), there’s a whole natal chart, with so much more to it… including transits of the moment.

This is a good site for relationship astrology information – Sasstrology

Speaking of transits – If you know a Sun sign Capricorn, transiting Pluto is in Capricorn (which a lot of astrologers have repeatedly written about), at the moment and for a long while, and this is causing havoc for everyone, not just Capricorns (we all have Capricorn in our natal charts), but especially for those with their Sun in this sign. Slack-cutting is the best approach to this… don’t expect Capricorns to behave ‘properly’ during this transit.

For more about transits, and all things astrology – Ruby Slipper Astrology – is a great blog to visit.

Everything you need to know about Capricorn:

First off – written by Linda Goodman, astrologer extraordinaire (and an Aries) – CAPRICORN, the Goat via sunsignsbylindagoodman – this site also has Linda Goodman’s views and interpretations of all the other signs. I suggest that you check your Sun sign out.

Second in line – The Capricorn Wedding from Star Guide to Weddings by April Elliott Kent of Big Sky Astrology.

If you are an Aries or Libra, then this series of articles may be of relevance, as those signs ‘square’ Capricorn and therefore there will be friction:

If you are a Cancerian (and I have to admit I’m flabbergasted by how many Cancerians seem to have romantic relationships with Capricorns), then my advice is to research the ‘opposition’ between Cancer and Capricorn. Those signs are on opposing sides of the zodiac axis, which means that they tend to have similarities which are vastly different.

This is a quick overview of that – Cancer/Capricorn Axis

Hope this helps… Best wishes to you!