It follows me like a shadow… but what is it?

Have you ever observed the shadows around you, watching them change with the shifting light over the course of a year? Have you listened to them with your eyes, heard their whispers like shivers breathing in your ears. Felt their touch on your skin, cold caresses which summon goosebumps and make you aware of every hair on your body. Tasted the flavours of a world beyond the veil and for a moment you lost your place, your sense of space and time, your page on the book of your life.

Where I live the shadows are longest in Winter, stretching their limbs as far as they can trying to reach an even farther point. Yet the Winter darkness is gentle compared to that of Summer. The Summer shadows are bold, fleshed out by the abundant growth with which Spring gifted it. Spring’s shadows were skinny at first, then gradually they absorbed more life into themselves and that life turned into flesh, the flesh which fed the shadows of Summer. When the orgy or gorging reached its peak, the slow descent began and Autumn’s shadows replaced those of Summer, leaf by leaf, losing eight, shedding the darkness, preparing for the elegant sleep of the bold and the awakening of the gentle.

Soon to become shadows of another kind of season.

She did follow him like a shadow. It was true, once. It was the only way she could be seen.

But then he moved into the shade, and her shadowy figure was lost in a land of other shadows, bigger and bolder ones. Hers was too gentle to compete. And he no longer saw her. She was forgotten, but not gone.

His words became a truth which once was, its leaves turning gradually into a lie. Gone, but not forgotten.

He wandered for so long in the shade that the shadows ate him to feed their greed. And when she stepped out of the darkness, she was seen again, only this time it was not by him but by herself. The shadow no more.

She looked around in wonder, unfamiliar light suffused her, bright and bold, shimmering and gentle.

Have you ever observed the light around you, watching it change with the shifting shadows over the course of a year? Have you listened to it with your eyes, heard its laughter like sparkling diamonds in a droplet of dew tickling your ears. Felt its touch on your skin, warm embraces which inspire every pore upon the skin to open up and breathe it in. Tasted the flavours of a world alive, within and without, dancing together, here and now, found by radiant rays, in the spotlight of the Sun.

Where I live the light is brightest in Winter, nature is naked, there is nothing to stop the Sun from finding you, the light is playful, calling for you to rise and shine. The Winter light is bold compared to that of Summer. The Summer light is gentle, lazy and hazy, infused by the waters of Spring. Spring’s light is refracted, each drop glistening, glinting, nurturing, nourishing, feeding life into the earth. The heat of the floodlights turns Summer nights into days, a bacchanal of spirited beings, flora, fauna, feasts and fetes, intoxicated by the light. Then the party gives way to rest, and rest gives way to work, the Autumn light harvests the fruit of the what has been, preparing for what is to come, a gentle denuding into a bolder light.

And then she saw the shadow. It was not hers, it was his, but not his, him but not him. A trick of the light, a shadow of things past, yet present. He was following her like a shadow, but not as she had followed him when she was his shadow.

Gone but not forgotten.

You can’t have one without the other.

The other is gone… where is the one.

You will never see me, but I see you.

It follows me like a shadow… I know what it is. 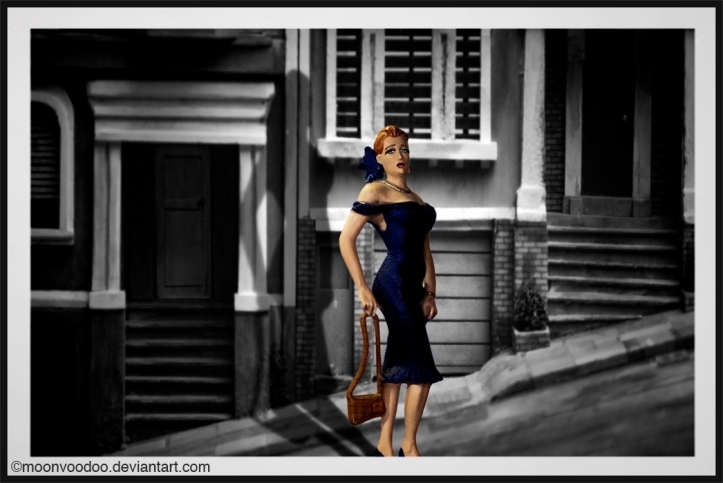 *The image with this post is the only one I have left of a series of photos which I took when I first started using my camera. It is a gone but not forgotten.

I need to be challenged to create and encouraged that way. I also need to accept that I need this, which is in some ways a harder challenge, and encouragement has a different meaning in this context.

I don’t need anyone to challenge or encourage me to destroy my creations. That story is a long one which is reflected in the words which go with this post.

These words are an anniversary of a story within a story, of shadow and light.

And so it goes.