“Face your life, its pain, its pleasure, leave no path untaken.” ― Neil Gaiman

.
My mother used to tease me about a tendency I had – my attraction to what she called ‘mysterious ways’.

Mysterious ways = taking the path less traveled. Trekking off through briar and nettle patches when I could just stick to the well-trodden path, cleared of uncomfortable and painful perils to humans, nettles and briar patches destroyed by agent orange and things not always as extreme as that but with similar consequences (although with less guilt and shame attached, perhaps). Being willing to get lost by wandering off into the wilderness, dangerous detouring, veering off, trusting a compass, a map, a way to go, which was mine alone, not sanctioned by others. Being open to getting hurt and eaten alive, when I could just stay safe from such a thing, put rubber on the sharp edges, stick my head in the sand, and things like that.

It was one of many things about which she teased me. Her teasing could be relentless. It was relentless because she was obsessed. Not with me, but with me as I was for her, what I represented to her about her. I was an extension of her, and as such I commanded her attention without wanting it but getting it anyway.

“Do not go where the path may lead, go instead where there is no path and leave a trail.” ― Ralph Waldo Emerson

My self was a constant source of concern for her because each segment of it, of me, triggered her issues. Her issues = my issues for her. It was all about her, never about me even when she gave the impression of being it all about me and not her. I just happened to be the focus for her stuff about her. And it appeared as though it was about me, but those appearances were deceiving.

Stick with how things appear and you will get tangled in a web of confusing pain (your pain, that of others, that of others mixed with yours, that of others disguised as yours, yours made into that of others, and so many other permutations of pain, and such a pain creates a vortex of it’s all about you when it has nothing to do with you) from which you will never escape. But not everyone wants to actually escape (what we say versus what we do), so… sometimes we aid and abet what and who keeps us trapped and then blame others and other things for our remaining exactly there.

“We can never judge the lives of others, because each person knows only their own pain and renunciation. It’s one thing to feel that you are on the right path, but it’s another to think that yours is the only path.” ― Paulo Coelho

My mother was using humour (a twisted and pained kind) to disguise her fear. She was a very fearful woman and still is. Afraid of everything, of everyone, desperate to be afraid of nothing and no one. So she put on a front and that front became her identity. It still is. She did this in such a way that she convinced herself that she was who she pretended to be, and all was well in her world – except it never was. Never will be.

Her identity was constantly under threat from outside forces beyond her control, and the majority of her behaviour was designed to try to control what she could not control. She’s still doing this even though this never works, and has never worked. A recipe for a nightmare within her and for all those who strayed (and still stray) into her perimeter, which often stretched (and still stretches) beyond its boundaries.

Narcissists aren’t good with boundaries, but they’re not the only ones who have problems defining such a thing and sticking to it once it’s defined. But they’re excellent at telling others how to do this and what those boundaries are (until they move the goal, fence, whatever, posts).

My mother was and is a covert narcissist.

“If a black cat crosses your path, it signifies that the animal is going somewhere.” ― Groucho Marx

But that’s just a label which explains the way that she was and is. It is not who she was and is, it’s just a layer on top of her real self (another one), a layer I have given her as a way to understand her behaviour, to figure her and my own experience of her out. A way for me to escape rather than stay stuck… easier said than done, and not just because of her, or even of myself, but because… the things which define and confine you (whoever you are) aren’t always about you.

In her own eyes she is not a covert narcissist. She is a child who was never loved, a child who was born to parents who had a child for the sake of having children because that’s what married couples did and still do. She was a girl born when boys were more highly valued. She felt that de-valuation of her gender deeply and personally. And often told tales of how her brother could get away with anything, but she could get away with nothing. She was punished for being naughty, he was praised for being a good boy – the things for which she was punished were the same as those for which he was praised.

This last detail gives an insightful look into not just my mother, but narcissists and society in general. The realm of double standards, whose borders overlap the territory of hypocrisy. Whose boundaries  are boundaries created to be trespassed and punished for that trespassing based on a whim here and there.

I noticed that with her a lot. Her double standards and often glaring hypocrisy. The whims of it all. Her boundaries allowing her to trespass the boundaries of others. How she would often bemoan the way someone had treated her, but not be aware that she treated others the same way. Somehow it was okay when she did it, but never okay when others did it, not just to her but to other others when she said so, chose to notice such things.

All humans do this a bit, sometimes a lot of a bit. Narcissists tend to be very consistent with it, not as fickle as the rest of us where it is concerned. We punish them for it with our scorn, but that’s okay because they have scorn for us and we’re just evening the odds.

It’s okay for those of us who consider ourselves not to be narcissists to dismiss, demean, devalue, dehumanise, those whom we consider to be narcissists. It’s okay for us to search for ways to – get back at a narcissist, piss them off, avenge ourselves on them. They started it, we’re just finishing what they started. It’s okay, we’re victims and survivors of them, we’re justified in doing to them what they did to us.

Maybe, but… there is a tipping point. And that tipping point is closer than we might think it is – images in this mirror are closer than they seem or maybe they are too close for our personal comfort and we make them seem further away than they actually are. It’s not us, it’s them… when it is convenient for us to disassociate. But suddenly it’s us and not them when we change our mind and want it to be something else.

“I’m not as good a man as you are. I can’t so easily forgive those I have wronged.” ― Sigrid Undset

Beware and be aware of your self. This awareness is your saviour and the lack of it is your worst enemy, more so than a narcissist, narcopath, sociopath, psychopath, apath or any other path, including empath… be prepared for a battle within. The battle outside of yourself may be a mirage, a reflection of what’s going on inside.

Then again… you could just create a distraction from such a thing. You could become something else to avoid who you are. 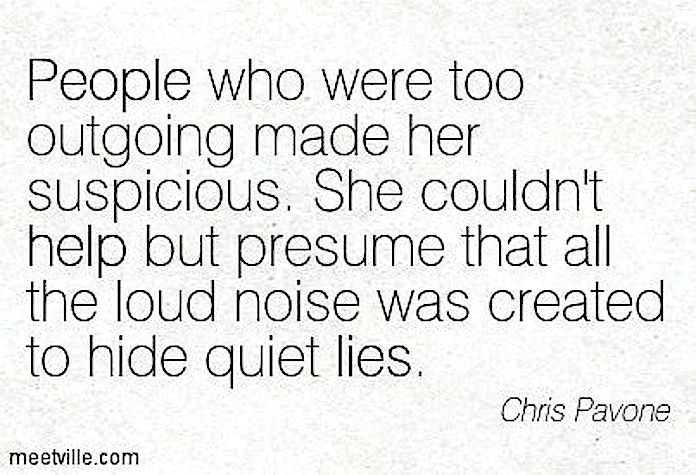 There are certain aspects of narcissists, of NPD, which are often overlooked in the literature available about narcissists and NPD, whether what is written is from an expert, a psychologist or other persons in that field, or someone who has gained a different kind of expertise through personal experience. Are these aspects deliberately overlooked?

Overall I would say that it is about as deliberately overlooked as a narcissist, someone with NPD, is consciously aware of what they are doing to others.

What is right in front of us, we often hide from ourselves with a term here and there. Others do it, say it, use it… have you explored if those others are narcissists or not before you follow their path and ‘paths’?

And that is one of the aspects which often gets overlooked – the degree of awareness that a narcissist, someone with NPD, has of their effect, influence, behaviour, etc, on others.

“Learning to ignore things is one of the great paths to inner peace.” ― Robert J. Sawyer

People seem to prefer to view the narcissist as being more in control, and more consciously aware of their manipulative behaviour and the detrimental effect that it has on those around them than they actually are. Some are that aware, but most aren’t… that’s why. The why to all those questions which get relegated to answers that aren’t answers at all but somethign else.

The narcissist label has become synonymous with Machiavellian-Xmen-Bond villainy, and the people who write about NPD and those who have it, make them sound like they’re puppet-masters-extraordinaire, and the literature smacks of the work of conspiracy theorists. Is it any wonder that no one believes it? That you, the writer of such things, sound as though you’re the crazy one.

For those who write about it or speak about it after having had a fairly normal (whatever that is) life up until their life collided with that of a narcissist and then got enmeshed in a torrid relationship which started off as perfect and ended up being horrific… because of the narcissist. Welcome to the Twilight Zone.

In this Twilight Zone you will experience the kind of turbulence for which wearing a seatbelt won’t help, but you’ll wear it anyway because you think it helps and what you think becomes your reality (just as it did when you thought the narcissist was your ideal partner – the person who embodied everything you have on your list of who someone has to be for you to love them), your comfort zone in a chaotic experience. That seatbelt will be your path finder for you.

And many ‘paths’ it will find for you and for others.

“No one saves us but ourselves. No one can and no one may. We ourselves must walk the path.” ― Gautama Buddha

* inspired by reading – Empathic people are natural targets for sociopaths – protect yourself – not just the article but the comments too (especially the comments, the creepiest ones came from the most unlikely source) and wondering who was the real threat. The real person from whom one had to protect oneself. People are not always as they seem or as they see themselves. None of us are.