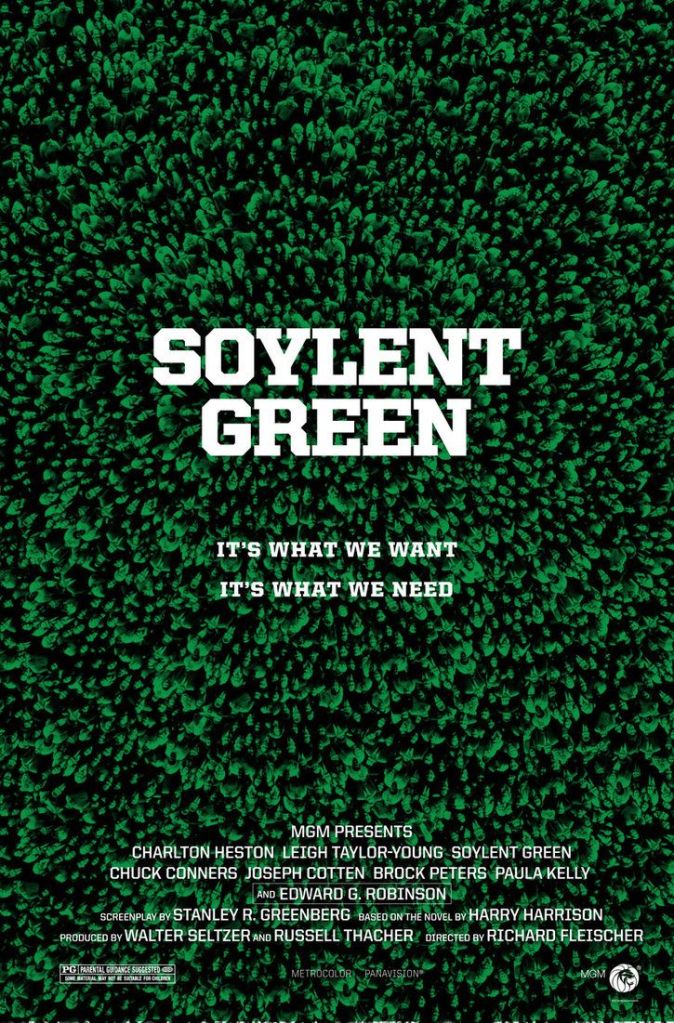 The answer to that question is not for my benefit but for yours. I would like you to take a moment to focus on yourself and your motives for reading a post about narcissists.

Pause to self reflect and centre yourself on you. Pay attention to your eyes looking at this page, reading these words – who is behind those eyes?

What are you looking for?

Do you have a question about narcissists which you would like this post to perhaps answer for you?

What is that question and why do you have it?

Let the thoughts and feelings connected to your reason for being here overwhelm you. Don’t be afraid – or do be afraid but don’t worry about being afraid. That’s natural and normal. Feel the fear and do it anyway, as the saying goes. Let yourself feel and think what you feel and think. You won’t drown in it even if it may feel that way.

There’s more to you than your thoughts and feelings. There is a core self which won’t drown no matter how overwhelming the ocean of thought and emotion is. A core self which can emerge from that ocean however tumultuous it is, tidal wave or rip tide, whose feet will touch dry land and walk you out of the chaos, leading you to a safe place where you can dry yourself off with a soft and warm towel.

You may be shaken and stirred, but you’ll be fine.

You may have almost drowned, but you didn’t.

Even if you don’t want them to be – Narcissists are people just like you. Or sort of like you. Just more damaged than you – that’s why they’ve damaged you. They’re passing their wound on…

Imagine that your fear of thinking those thoughts and feeling those emotions is so intense that you’d do anything to not feel or think.

Those who are drowning often panic and drown anyone who tries to rescue them, they lash out trying to save themselves… and sometimes end up drowning anyway, and drowning the person who tried to save them too.

You don’t want to be yourself, feel yourself, think of yourself and your thoughts. It’s horrible, what is inside of you is terrible, trying to eat you alive like a ravenous white shark.

Jaws by Alan Bossuyt via geektyrant

And you don’t have a core self to be there for you. To wrap its arms around and say – There, there, this too shall pass.

That’s what it is like to be a narcissist.

Every thought, every feeling, every wave of emotion, be it one of the mind or one of the heart, threatens to kill you, eat you alive and sometimes does exactly that.

You’re dead. Time to reinvent yourself.

Or you’re not dead yet, time to grab onto someone else and hope they’ll save you.

But others can’t save you from yourself, so you hate them.

You hate them because you hate yourself.

You hate them because you need them and needing people like that is weak. You’re weak. You’re not just weak, you’re powerless, and stupid. Really stupid. You’re a disgusting, imperfect, thing which will never be good enough for you.

But you can fix this. You can teach yourself to be dead inside, might as well make that a strength. Don’t feel, don’t think… not those thoughts anyway. Turn your powerlessness into ultimate power. Turn your stupidity into superior intelligence. Turn your self hate into love.

Time to reinvent yourself. You’re the reset artist, a genius of unparallelled genius.

You don’t really believe that… however you can make it true if you just try hard enough. Just don’t think about being a fraud…

Besides, other people are frauds. So. If you’re a fraud… they asked for it for being frauds themselves.

They say they love you – Do they really!?

Let’s see if they really love you as much as they say they do. If they pass all the tests maybe they can convince you to hate yourself a little less. But you’re special and it would take an extraordinary kind of love to get through all your self hate to find something to love inside of you.

They’re lying, you know they’re lying. Time to show them what lying liars they are…

You love me… yeah, right!

What you love about me is this fake persona I’ve created. That shit is easy to love because I used your ideal to create it.

You wanted someone to find you special and beautiful. I did that. I not only did it, I did it so well that you told me all your secrets and I listened carefully – that careful listening made you fall hard for me because no one else listens to you that way. You don’t even listen to yourself that way… if you did… I wouldn’t be able to do to you what I am about to do to you.

Because, you see… you’re not listening to me. I know you’re not. You’re too caught up in me listening to you and to you saying all those things you’ve never said to anyone else (not even yourself).

You love me more and more, and for each drop of love you have for me, I hate you more and more, because I can’t feel it. I can’t feel your love, and that hurts me in a way you will never understand. What I feel from you is you loving all the illusions I’m creating for you to make you love me in the hope that your love for me may make me love myself.

But your love for me, the way that I’m getting it by creating an ideal lover for you – that just makes me hate myself more and hate you for loving me, and hate myself for winning your love this way through a fraudulent persona.

I can’t wait until this pain is over, for the day you realise that your love for me, for the me you thought I was gets exposed as a sham.

And then you’ll blame me, but I’ll never accept it – because not accepting it means you’ll obsess over me and that… how that hurts and feels so good. Pain is the only thing I can feel…

I’ll never give you closure or admit to anything. It’s all your fault anyway. I told you a million times that I was a fraud… and each time you made excuses for me, tried to fix me with your love, tried to love me anyway. You wanted to be a hero for saiving me from myself… look where that got you.

Now we’re in my territory. I dragged you down, so I will always be above you. You’ll never be free of me, but I won’t tell you why. I’m dead inside, I know it, but you… you’re still clinging to being alive inside and all the illusions that go with that. That fascinates me about you.

Are you still here? Reading this?

Or if you’re here because you think you may be a narcissist, perhaps because someone who ‘loves’ you accused you of being one, and you’re wondering if perhaps, maybe, god forbid but what if…

Did you stop thinking about you, yourself, your significant others, for a second or two and wonder about the person writing this?

I would like to suggest that you do something (if you’re not already doing it), based on what I’ve observed from my own explorations into this subject (especially online but also offline, through books) – Remind yourself to question your source of answers to your questions about narcissists and Narcissistic Personality Disorder (NPD).

Ask yourself – Who is writing what I’m reading and why are they doing it? What are their motives and intentions? Where does their information come from? And things like that.

Those who write what you read… are people. People are complex and complicated, just like you and those you know personally.

If you’ve been in a relationship with a narcissist – and you’re in the later stages of it where you see them as being evil, monsters, bad, villains… please remember that once upon a time you didn’t see them that way. Maybe you saw them as the exact opposite. Then they disappointed you, destroyed your expectations, hopes, thoughts, feelings, heart, and pushed you over a line…

You were attracted to them once… why?

…and this could happen again in ways that may occur while you’re vulnerable, seeking a hero to help you out of the situation you’re in now, while trying to recover from a relationship with a narcissist and what that has done to you.

Fool you once… fool you twice…

Probably the weirdest version of NPD creepypasta is… those cautionary tales connected to Sam Vaknin – one of the internet’s first writers about Narcissists.

Search for information about NPD and Narcissists online and you’ll find his writing – many of the terms used today about NPD and Narcissists were coined by him. He’s a pioneer on the subject in many ways. However he also loudly and clearly states that he’s a narcissist – yet people still doubt this because he diagnosed himself and… did something which those with NPD are not supposed to do – say they’re a narcissist.

He’s insightful and brutally honest – so he can’t possibly be what he says he is. Thus when he turns out to be a narcissist – Why are people surprised!?!

He told you he was a narcissist… and now you’re accusing him of deceiving you!?!… because you thought he cared and he didn’t give a f**k about you.  You were all about him for him. And you’re angry at him because he behaved accordingly to his disorder, like he said he would – maybe you need to stop obsessing about him and start focusing on yourself.

It makes a big difference.

Don’t approach narcissism, narcissists, NPD, hoping for it to be a black and white situation with a black and white solution. That will only make the confusion more confusing in the long run, even though in the short term sprint it makes everything a bit better.

Don’t look for those who tell you what you want to hear – that’s what narcissists excel at doing.

That’s where personal power comes from – think for yourself.

Be prepared to ask yourself questions which require you to find your own answers, and it may take a while for you to answer. Sometimes it’s not about the answers, but about the questioning.

Take care of yourself – don’t expect anyone else to do that for you, especially if you don’t do it for yourself.

Feel free to ask questions… be prepared to answer them yourself.

*inspired by reading a really long thread on a forum discussing Sam Vaknin, mostly criticising him for being what he said he is while quoting his writing extensively. I found this forum discussion after doing a search for his name due to watching a very insightful video of his here.

He was one of the first sources online which I came across for info about narcissists and NPD. I had already seen his film about being a narcissist before I searched for his work online. He’s insightful about the disorder and its effects. He still is. He gives insider information – what you do with what he shares is up to you. What you think of him – is also up to you.

Remember that what we say about others… it also reveals us. What we do with that… is up to us.