Here comes the disclaimer part of the conversation…

I’m not a believer in anything much, I’m more of a maybe-er, as in this may be but maybe it may not be, and there are many maybe’s and may be’s or not in between.

I don’t believe a word the tarot tells me, especially when someone else is doing the reading. If I do the reading for myself, then… I might believe it simply because whatever I read into the cards is going to be about me one way or another. 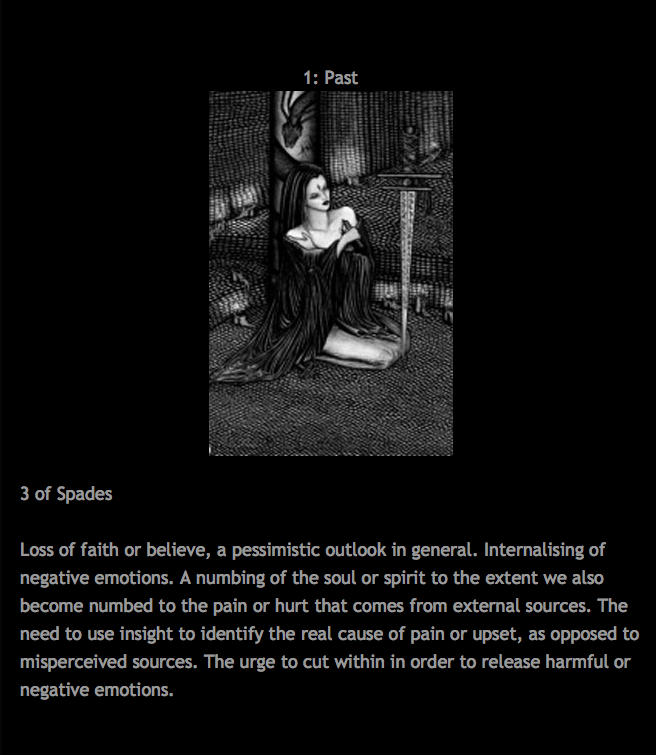 Here comes the historical reference part of the conversation…

I first came across the tarot when I was a child. I spent a lot of time in Italy, where the tarot are used as playing cards. I loved the illustrations, and wanted my own pack to play with, study, explore, whatever.

At that age the way I played with cards was similar to playing with model cars. I’m not explaining that.

I eventually ended up with a miniature pack of Rider-Waite which came with a small booklet with tiny writing all about tarot, the card meanings and how to do readings.

I was very into mysterious things, particularly mysterious ways – a walk in the woods with me, even if you were an authoritarian control freak adult could get you into all sorts of lost. But I always knew where I was going – to wherever the mysterious way led. 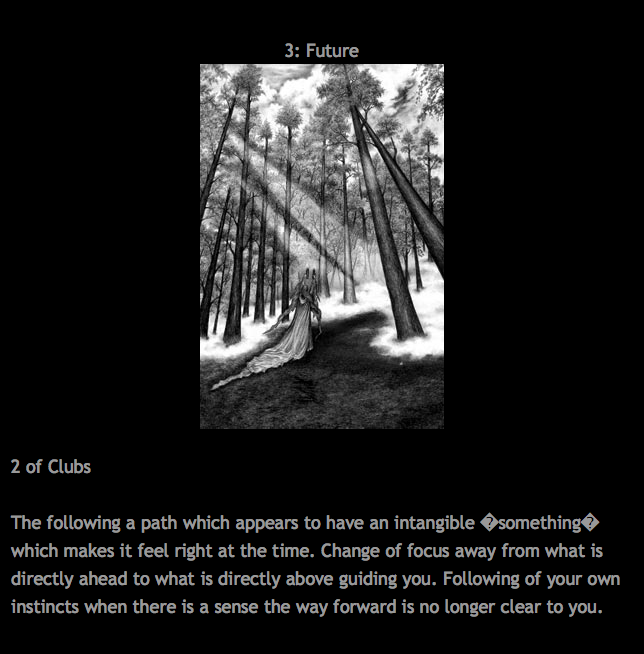 The cards shown in this post are the ones I received when I did a quick reading today on – Tarotsmith Divination – using the Diary of a Broken Soul Cards by Ash Abdullah.

I wasn’t actually on the site to do the tarot (of course she wasn’t – suspicious eyebrow raised and raising a question). It doesn’t matter why I was there (Hmmmm… even more suspiciamouse). What matters is… nothing really, however the reading I received was incredibly accurate, and usually when I have done tarot readings I tend to feel that they are so way off I begin to wonder if I’m in the wrong body. If somehow when I woke up that morning I did so in someone else and… that means they’re in me (something which will get sorted out after we both go to sleep again).

I like to celebrate April Fool by doing something foolish, what about you (and I don’t mean me doing you, and you’re the foolish something… just in case it sounded that way)?

Time to make an exit.