“If you have seen a man misbehave once, do not from thence conclude him a fool; if you find he has been in a mistake in one particular, do not at once conclude him void of understanding : by that way of judging, you can entertain a favourable opinion of no man upon earth, nor even of yourself.”
―James Burgh

When you notice that someone has done something wrong, how do you react?

What is the feeling which flows within you as blood and oxygen in that instance?

Do you feel a heady rush, a sense of victory over another, a righteous glow of superiority – that delicious drug which takes the edge off the dreaded suspicion that you may be inferior.

In a world that is chipping pieces off of your marble magnificence on a daily basis, it is rather satisfying to do that to others. It’s a guilty pleasure.

For a fraction of a second you become Venus de Milo begrudging David his arms. 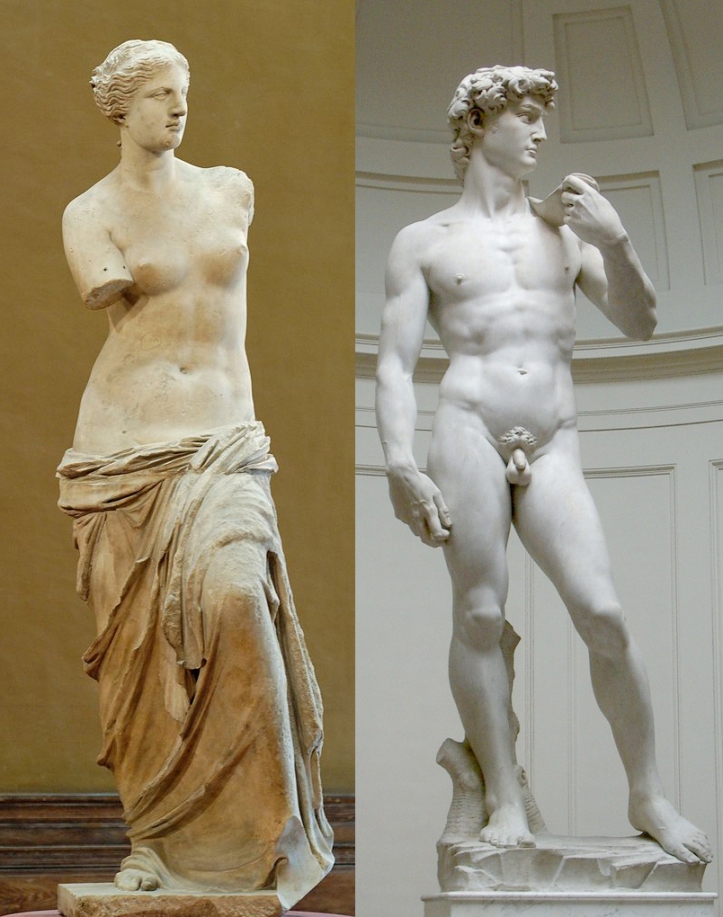 You feel the voice of intellect pressing against your mouth, pressuring you to speak, to reveal itself in all its glory, to shine a spotlight on the wrong which offends (and pleases) you in another, and to have that other bow down to your greatness over them.

This is your moment! You are the smartest person in the room.

You may see yourself as the embodiment of right, whose purpose is to point your index finger at wrong (who will probably give you the middle finger for doing that).

You may well be right, however your personal mathematics may be flawed if they fail to factor in the interpersonal, and count the triangles without first figuring out which triangle you are, which triangle the other person is and what all the other triangles represent in your interaction.

Your action is not a singular thing, out on its own, unattached to anything else, it is a part of a sequence. A consequence – a with sequence. Your action needs to know where it is within the sequence of your life. They also need to know where they fit into the sequence of the lives of others when you interact with them. The when, where and how of your lines hitting theirs.

Those are fiddly figures which mess everything up. The propensity for error is a common quotient of being human.

Living, especially when it includes others, which it always does whether we want it to or not, can feel as though it is a constant logic problem which has no solution but demands of us that we find one… only to tell us we’re wrong, and need to begin our calculations all over again with added complications of having been wrong when we thought we were in the right.

There is nothing worse than trying to find a right answer when all your other right answers have been categorised as wrong.

“Can you define “plan” as “a loose sequence of manifestly inadequate observations and conjectures, held together by panic, indecision, and ignorance”? If so, it was a very good plan.”
― Jonathan Stroud

Rewind to that moment before you noticed this person’s mistake. What were you looking for in that moment?

Were you seeking to connect with this person or to disconnect from them?

“Our lives disconnect and reconnect, we move on, and later we may again touch one another, again bounce away. This is the felt shape of a human life, neither simply linear nor wholly disjunctive nor endlessly bifurcating, but rather this bouncey-castle sequence of bumpings-into and tumblings-apart.”
― Salman Rushdie

Do you see this person as an actual human being, a separate entity, an individual or do you see them as an object, a subject, through which you get to connect with a part of yourself?

What is the connection which you are seeking to make?

If it is with the other person…

Do you give them the same consideration which you expect them, or hope that they would to, give to you?

If it is with yourself…

What sort of consideration are you giving to yourself? Can you define it based on how you treat others?

Is it based on how others treat or have treated you?

And who are you?

Can we exist without others? Can we define ourselves without being defined by them or using them to define us?

“Not one of your pertinent ancestors was squashed, devoured, drowned, starved, stranded, stuck fast, untimely wounded, or otherwise deflected from its life’s quest of delivering a tiny charge of genetic material to the right partner at the right moment in order to perpetuate the only possible sequence of hereditary combinations that could result — eventually, astoundingly, and all too briefly — in you.”
― Bill Bryson

Please be aware if commenting on this post or any of my other posts… I’m in misunderstanding mode at the moment. Don’t sass me with – how is that different form your usual mode? It’s not… sigh!

I have trained myself to translate what I read into something intelligible, but sometimes… my natural wild side overrides my trained side. And misunderstandings ensue…

However misunderstandings can be wonderful things if we allow ourselves to be human and fess up to our humanness, and allow others to be human too (which includes them trying to not fess us to their humanness).