Can we start over? – asked the spider of the fly.

The fly wrapped up in fine silk, spun around and looked at the spider. Was the spider crazy!?! What did it mean by ‘starting over’?

The spider had captured the fly, wrestled with it, injected it with poison, wrapped it up, and left it to slowly die while its insides turned into that sweet soup which is the only thing a spider can digest because it has such a special and delicate system, and very specific nourishment requirements.

Yes, being captured was the fly’s fault. We all make mistakes, and this one had been fatal.

Except, now the spider was suggesting that a fatal flaw did not have to be fatal.

The slate could be wiped clean.

Was the spider just messing with the fly, all part of its enjoyment of its meal, an appetising game, a teaser, an amuse bouche, to get the appetite ready to devour what was left of the fly.

The fly had reached that desperate point, teetering on the edge of the precipice into acceptance of the inevitable, yet still holding on by a thread of hope to the web of the possibility of a miracle, a chance to escape a fate which was to be the death of it. 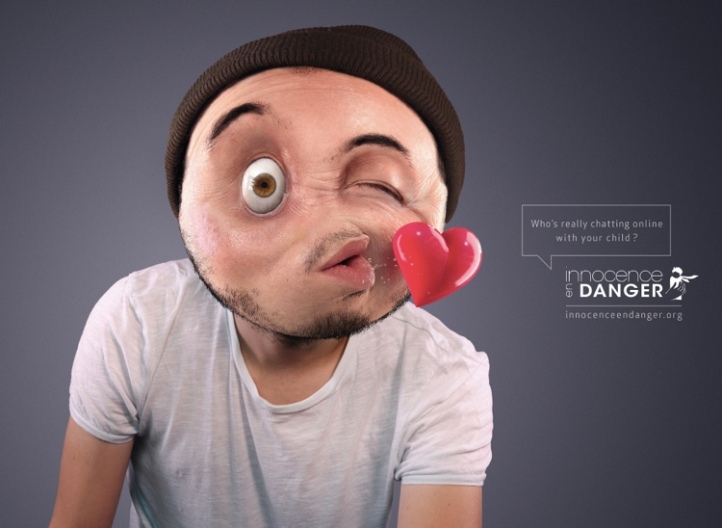 The campaign ads take emojis and turn them into rather creepy human faces.

Emojis are cute, but is the person behind the emoji they are using as cute as the language in which they’re speaking, are they a child or an adult, are they male or female, are they really who they claim to be, or are they a predator using cuteness as a lure, pretending to be whoever they need to be to attract those who are their preferred prey.

Children are not the only ones who are vulnerable to online predators. The innocence which may place them in danger, the willingness to trust that others are who they say they are, who they present themselves as being, is also common amongst adults.

We could avoid online predators by staying off the internet.

However staying off the internet doesn’t guarantee that a child or an adult does not become the target of a person with bad intentions, who may not be who they say they are, who may be pretending to be cute when they are anything but cute.

Some of these people may even believe the persona they are wearing and sharing with others – in the way that narcissists tend to do.

There are those who are certain that narcissists are fully aware of their deception, their false persona, their manipulative games, and everything else that they do.

Sometimes they are aware of what they are doing, however the awareness of a person with NPD is rarely exactly as people think it should be and must be – we’re judging their awareness based on our own, our own which is now aware of narcissists, their traits and behaviours, which has researched, gained information and learned both by experience and otherwise, but which wasn’t always aware of such a classification and disorder.

Once people have figured out that they’re dealing with a narcissist they decide that no one could possibly not be aware of just how damaging, manipulative, demented, and awful their behaviour is, they conclude that the narcissist must know they’re a narcissist and must be doing it deliberately.  They can’t handle the possibility that narcissists are dangerously innocent to their own narcissism.

Please be aware that others, including your narcissist, have the same access to online information that you do – and NPD, narcissists, and personality disorders are a hot topic on the world wide web.

For many narcissists, their awareness is on you, what you’re doing and saying, not doing and not saying, what is wrong with you, and what they have to do to deal with you and all your problems. It’s your fault they’re behaving this way.

Sometimes their awareness, of self, of others, is completely lacking as they are as innocent as a child, only they’re even more innocent than children naturally are, and their kind of innocence is more dangerous to others than it is for them.

As they run amok, they get themselves into trouble, but it’s always someone else who ends up paying for it.

Help! Help! they cry as once again their bubble burst and they fell into a pit full of vipers. You rush to their rescue, hold out a helping hand, they grab on, dig their nails into your flesh, fighting your rescue attempt, then they drag you into the pit, climb on top of you, which gives them the boost they need, to get out, and while you get fanged to death by vipers, they’re at the top of the pit whining and moaning about having ruined their dress, mussed their hair, or scratched their delicate skin – Look at what you’ve done, you could have been more careful! They didn’t need your stupid help anyway!

But, it’s okay, not all hope is lost…

Just as they were despairing that they’d never dream again, a unicorn runs by and they chase after it, happy again. Forgetting all about you and the mess you made, how you almost ruined their life, but they killed that monster! They’re a hero!

How would you get along with your sibling(s), parent(s), or any other person you’ve known for a long time — if you only met them for the first time today?

My mind immediately thought about my mother, and the typical Jekyll and Hyde transformations which narcissists do on a regular basis once you’ve been trapped in their web for a while.

She’d be lovely, the epitome of a nice person, being understanding, sympathetic, empathic and helpful especially to lesser beings who needed her random acts of selfless kindness.

Then something would go wrong, usually someone would not be grateful enough, or, worse still, someone would be condescending… storm clouds would gather. Brewing, brewing, heavy weather looming.

Suddenly the storm would break. She be ranting, raving, and spitting fire like a very angry dragon, burning me to a cinder, laying waste to entire villages and whatever else lay in her path of destruction.

Then it would be over.

She’d storm off for a while.

Maybe a spell of silent treatment would ensue during which she sulked, licked her wounds, and wasn’t silent at all – she might be silent with me, but she’d be bending someone else’s ear out of shape with a flood of words about how she’d been done wrong, and how it wasn’t her fault, she’d been pushed to her limit, reached her wits’ end. Blah, blah, blah… that’s the other side of the silent treatment, the side you don’t get to see if you’re being silent-treatmented, but someone else has to hear about it. 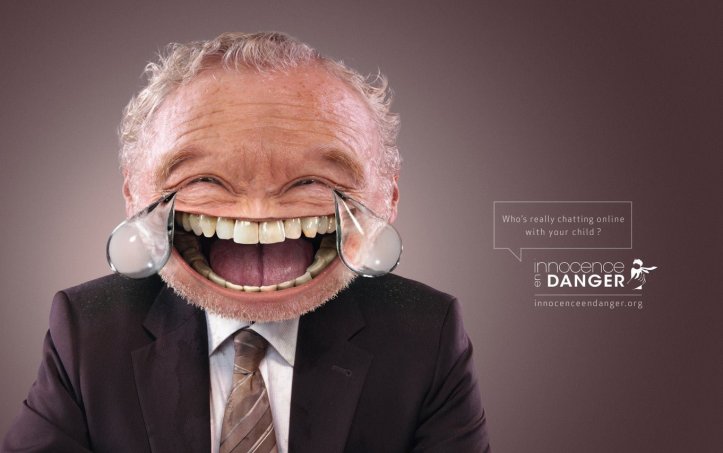 And she’d be lovely, the epitome of a nice person, being understanding, sympathetic, empathic and helpful especially to lesser beings who needed her random acts of selfless kindness.

I have to confess that I have an irrational reaction to the sad face emoji – when I see one I want to punch it.

I had a friend, who I am fairly certain is a narcissist (that idea entered my awareness when they asked me if I thought they were a narcissist because their therapist had brought it up in a session – up until then I hadn’t considered it, because I tend to, perhaps dangerously innocently, assume most people are not narcissists), who favoured that emoji.

They regularly used that emoji in their communications with me, because I was that person they went to when they’d had a falling out with someone else (were giving someone else the silent treatment), or a pipe in their dream bubble had burst.

And it was all:

And they were inconsolable… until a unicorn galloped by, and then they were alright, and why was I bothering them, bringing them down with my negativity when they were the soul of positivity who had dreams to chase!

That is normal for a narcissist.

If you’re a child of a narcissist, or if you’ve been in a long relationship with a narcissist… meeting them over and over again and again for the first time is a common experience.

They are Reset Artists.

A reset artist is someone who reinvents themselves, changes personas, masks, identities, faces and personality, as though such things were fashion trends.

And they may well change who they are based on what is trending. They like to be ‘In’ and hate being ‘Out’.

Their changes are sometimes very impressive. I’ve found myself at times thinking – Kudos, I did not see that coming, and that is truly very clever! 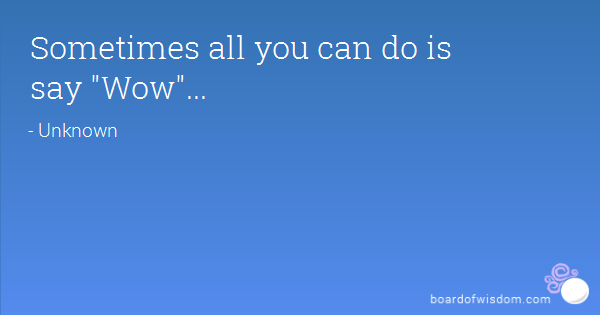 I also tend to then wonder how long it will last, because their new inventions tend to run out of steam fairly quickly. They get bored when it doesn’t get them the results they were hoping for… or they get angry at the world as the world is just not always ready for their very special kind of unique snowflake genius.

Sometimes it is just the same old over and over again and again – rewind, press play, repeat… ad infinitum, ad nauseum. But they experience it as a new song… and will be disappointed with you if you don’t experience it as new too.