The Compassion of Hornets 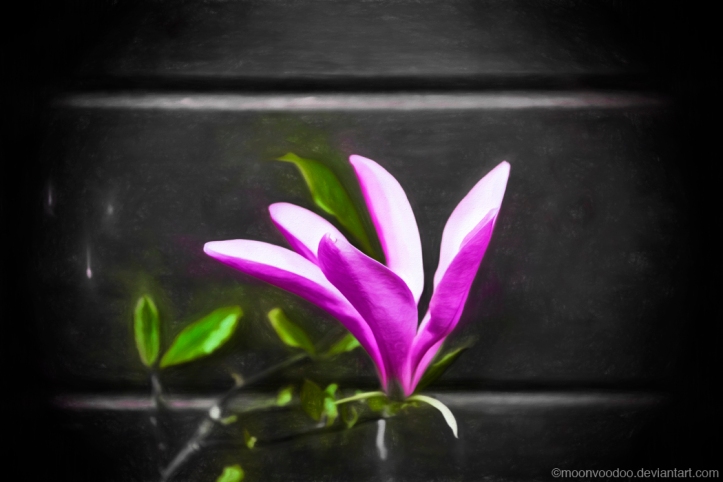 Right now I have a lump on my arm where a falling branch had a hard landing, perhaps the tree which I was pruning wanted me to feel its pain as I lopped off its limb.

At least I still have my arm unlike the tree, and the bruised area is small even though it gives the impression through physical pain levels that it is the size of a watermelon.

Some of the things in this world which can hurt you are very real.

The large shears which I was using come with a warning to keep your fingers away from the blades as they are sharp and will sever a digit without being the least bit concerned about it – they’re doing their job and you’d whinge if they didn’t. There is nothing more annoying than a knife, or scissors, or shears which don’t cut… except perhaps when they cut the wrong thing, and blood ensues. But injury can ensue too from using things to cut which don’t cut properly.

“There is a certain relief in change, even though it be from bad to worse; as I have found in traveling in a stage coach, that it is often a comfort to shift one’s position and be bruised in a new place.”
― Washington Irving

Hornets can hurt you as well as shear blades and falling branches, and that hurt is very real too.

Or say they say…

Apparently their sting, which can be done repeatedly should they be extremely pissed off with you (and they can call in reinforcements to get help in inflicting pain – a bit like humans do), is similar to jamming a hot rivet into your skin.

I haven’t experienced either a hornet sting or a hot rivet (not yet anyway)… I have been burned and been stung and that means I have personal experience of that kind of pain.

I haven’t chopped my fingers off either but I have cut deeply into to them… not deliberately.

I can confirm that it hurts. And that hurt feels real. It looks real too, and can remind you of the real pain as it heals.

The idea of that kind of pain, based on the experience of a similar pain, is enough to instill a certain terror… the kind of terror which makes you avoid things in a manner which may cause more pain than the pain you’re trying to avoid feeling.

“I walked into my own book, seeking peace.
It was night, and I made a careless movement inside the dream; I turned too brusquely the corner and I bruised myself against my madness.”
― Anaïs Nin

I pride myself (probably foolishly) on being a rather cool customer when it comes to buying into pain. Maybe I’m just a cheapskate. I won’t buy into anything unless I really have to… and even then I might do so reluctantly and fight it every step of the way still hoping to find a way not to spend money on this thing.

If I can think myself out of pain, I will… it.

There is a theory floating around that my high pain threshold may be linked to my hair colour. But that sort of thing tends to get debunked easily and breezily.

I think it has more to do with being clumsy – I hurt myself so often that I’ve built up a tolerance.

I’m also rather strange and take pleasure in being able to endure pain with only minor flinching, wincing and major swearing – cussing and cursing seems to alleviate pain and is rather satisfying even though it pains other people to hear such words.

The hurt which offended people inflict is sometimes far worse than dropping freshly melted plastic on your skin. At least the latter has an end to the pain and a reasonable, logical cure whereas the former can keep going and going like an energiser bunny with a lust for the blood of others to sacrifice to its dented ego.

“It’s weird that apples bruise like humans. I’m glad they don’t scream when you bite into them.”
― Phil Lester

However just the mention of hornets will turn me into a blithering idiot of fear and trembling, who feels the pain they could inflict without being hurt by them and runs around screaming without being hurt. It’s a weird phobia because all the hornets I’ve come across (and I’ve blundered across quite a few) have a gentility and gentleness which contrasts against their fearsome reputation.

The other day I accidentally brought a hornet into the house. I picked up some random bits of bark with bare hands (I usually wear gloves when collecting wood for the fire, but this was a spontaneous that’ll burn nicely moment), held them in higgledy-piggledy style against my chest (which wasn’t bare, it’s too early for that kind of nonsense), bounced into the house pleased with myself for doing the gathering thing of the hunter-gatherer stuff, then threw the whole lot into a basket beside the hearth.

There was a hornet in the bark. I think it had been hibernating there undisturbed… until I came along.

The only reason it was found was because this pile of bark fascinated the cat who kept sniffing it, circling it, then finally pounced on it. My partner decided to take a closer look and he spotted the hornet, picked it up (not with bare hands) and returned it to the outside.

It remained docile throughout its ordeal.

It’s just as well that I was out of the room at the time and didn’t find it because I’d have probably used a mallet to deal with it and the house would now be in even more disrepair than it already is.

It’s funny, both nervous ha-ha and strange, I really have no idea why I’m terrified of hornets. They’ve always been polite to me… I’m usually the one being rude to them. Most of my encounters with them are due to me disturbing them, yet… they’ve never made me pay for it.

Not the way that humans make you pay for things.

If humans had the power of hornets… well, we sort of do and we sort of prove it all the time.

Hornets will warn you with a deep vibrating hum if you’re really being a pain to them (mostly they move on, get away from you, from the one being a pain, from the pain)… rarely do they cause you the sort of pain which they could.

So why fear such seemingly compassionate beings – compassionate because when they could hurt you they don’t, not unless they have no other choice in the matter. I’ve never pushed a hornet that far… yet. And I have pushed them.

“…you are battered and bruised in the collisions between reminiscence and reality.”
― David Eagleman

Some of the things which can hurt you in this world are abstract.

Ideas of how things should be which feel pain when things do not live up to those ideas, are not as we think they should be.

The ups of emotion taking a plunge because something or someone disappointed, didn’t live up to expectation, took a different path from the one we wanted to take.

The crashing down to earth of perfectionism, idealism, hop(e)ism… I hoped you would not do what you always do but then you did and my hopes felt hurt, more than that I felt as though you’d destroyed my ability to ever hope again even though I’m the one who did that by misplacing my hope to a place where I knew it would get hurt.

But it’s not my fault, it’s yours… I can’t burden myself with blame as that hurts and I’d rather give it to you. I’m in too much pain as it is…

and, of course, since I’m me and not you I can only really feel myself and not you so I see you as not being in too much pain as it is because if I did I would feel bad about saddling and saddening you with more pain, with my pain transferred, projected, deflected and stuff like that.

which could avoid hurting you if…

you realised that your flower doesn’t need to mourn the loss of its petals.

Those petals are part of the process of being, as is pain, and hurt.