If I change my mind one more about about the subject of this post, the post may implode before I publish it…

usually I have what feels like a billion thoughts swirling around, all of which are in conversation with each other trying to find connections, patterns, meaning… trying to figure things out and synchronising them with other things, puzzles, questions, and whatnot… or they’re arguing which sometimes is a conversation and sometimes it’s not.

I worried that this would make my partner anxious

I worried that I was using my energy unwisely

I worried that I would regret this in the morning

I have Pluto in Virgo, Pluto loves to deconstruct…

it was only a small stud wall, and I love the frame of it once the plasterboard which blocked the light was gone

which is really less worrying than the walls which aren’t made of plasterboard and have a bit of a damp problem – which will soon be assessed by an expert.

Let’s hope this expert doesn’t fall under that transit I have going on in my chart which has been labeled – Beware of Experts – it’s a Neptune opposition Asc transit. Neptune transits are very slow… too slow… and they always seem to come with warnings… which make me worry about everything and everyone, especially myself – omg what am I going to bring down upon myself this time because of some illusion or delusion that captivated me!?!

While worrying about everything and everyone it suddenly struck me, during one of the many conversations I was having with myself while causing minor chaos in the house (I always chat with myself when I do physical work… I suppose I could listen to music instead but I always forget that music exists – don’t make me explain that quirk), that all this worry was mainly due to ego.

Ego can cause inner chaos which then leads to outer chaos… and it also tries to control the chaos, bring it to order, which generally tends to make things worse rather than better. Sometimes chaos sorts itself out if you’d just leave it alone to do so rather than interfere.

After a bit of a conversation about the conversation, I came to the conclusion that narcissists were what happens when all you do is live by ego.

Perhaps that’s the lesson narcissists teach – said I to myself and myself patted I on the back for saying such a thing (how narcissistic egotistic of me) – what happens when ego takes over and the rest of you gets no say in the matter of you.

Before I forget the transit of Chiron opposing Pluto title of my post… here’s an extract of Robert Hand’s take on it via NorthPoint Astrology:

Don’t become too worried by any profound changes which may turn your life upside-down, because they will give you the necessary strength and energy to finally get rid of some of your old psychological burdens. A friend, work colleague or close family member could have the necessary therapeutic capability to help, being able to put their finger on something that you find particularly painful to discuss. Rather than intending to hurt you, their behavior will simply reopen old wounds that you suffered in your childhood or adolescence.

The recognition that many of your problems with others are simply the result of your own tendency to cover up your weaknesses and avoid painful issues will help you gradually change your behavior. Try to overcome the compulsion to keep up appearances all the time, and admit that you also have your failings, weaknesses and inferiority complexes. You will then discover an inner strength that you thought would be lost by admitting this. Feeling powerless or having a vague sense of being controlled or manipulated will only take hold of you if you are unable to find the courage to confront your own inner demons.

Be quietly thankful to all those people and events that are now throwing your life into turmoil. They are only helping to stir up regions of your unconscious which you have been so adept at repressing, a repression which has been blocking any chances of healing. If you can accept your whole self, including those influences that are painful, you can help to pave the way for a more confident and calmer future.

One of the things which keeps coming up in the conversations I’m having with me, myself, I and old Uncle Tom Cobley and all (also known as Widecombe Fair – it’s a song)… is the question of who will I be.

When you have Pluto natally in the 1st house – who will you be – is a common question you ask yourself along with – who am I, why am I, wtf am I, who will I become if I decide I am this or that or the other thing, etc.

Sometimes when you ask yourself these questions – depends on when you ask them, what mood you’re in, what’s going on in your life at the time, and other factors and data which influence the answer – you realise that who you are is so mutable that there really isn’t a fixed or cardinal you (this could just be a Pluto in Virgo thing).

You could actually be anyone if you wanted to, but there are consequences for each anyone you choose to be, and there is a basic you, a core self, a structure upon which all the other you’s are built – that core you, if it doesn’t like the you who you decide to be can at any moment rip the plasterboard off of the frame.

Try to build a fake you on top of a real you and that pretty surface is going to lead to something ugly… maybe.

But anyway that’s not where I was going with the question.

I’ve built some fake me’s over the real me in the past and hated that experience… even though some of the fake me’s handled being a part of society much better than the real me. I’m a bit fractious… fake me was more appeasing and tried to conform… real me finds conforming to be a bit like that dust which makes your skin itch until you scratch yourself raw and bleed to death from scratching that itch. 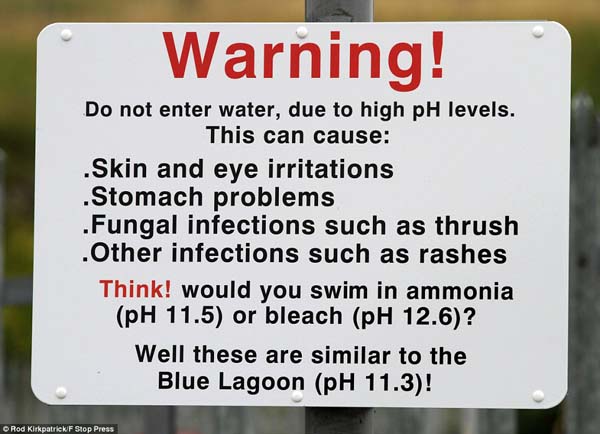 I found this pic while searching for an image (for a post I was going to write which I got bored of writing) to express what it’s like to dive into a relationship with a narcissist – they look like a beautiful blue lagoon on the surface… that beautiful blue lagoon effect is due to chemicals which will melt your skin and other symptoms.

This question of who am I going to be was more about ‘old psychological burdens’.

This new home… it’s the first time in my life that I’ve owned a house. The gypsy has finally settled down and given herself earth in which to grow roots. I was always a reluctant gypsy who longed for a home of her own, but life… life is challenging and it sometimes tests us by not giving us what we want, giving us the exact opposite and seeing how we cope with it – or is it narcissists who do that?

This is a weird experience for me… and I have no idea what is going to happen or how it will affect me.

My question was really – Am I going to turn into my mother or my father about this. Of course I most probably will be a blend of both of them plus the additive known as me.

The additive known as me… according to my parents, especially my mother, was not dissimilar to that itchy dust stuff. If I believed them about who I am… which I did for a long while, and… it almost killed me (as in they almost managed to convince me to kill myself as somehow this might solve their problems. It wouldn’t have done that, but the ego gets twisted particularly when its views are informed by the twisted ego’s of others).

The only experience previous to this which I have of owning a home was of the home my parents owned which in theory was mine too… but in practice I was a guest who was allocated a bed in my mother’s clothing cupboard – that was my childhood room in my childhood home which was only a temporary childhood home because my mother couldn’t stand living there and used me to live elsewhere – the elsewhere fluctuated – for as long as she could (school timetable) before she had to return to it. My father effing loved it and filled it with his mistresses, one of which would later become his long-term companion (perhaps he chose her because my mother didn’t scare her away – she was a lot like my mother. Seems as though my father had a type). 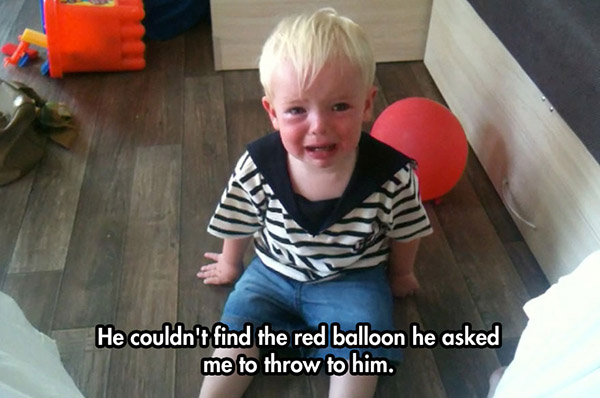 my father liked women who were impossibly demanding…

will I become a nit-picking virago like my mother, who hates her home because it’s not perfect, who makes her own life a misery because of her hate of imperfection, and passes that misery on to anyone else who happens to be in the vicinity… and she can’t abide anyone enjoying what she hates, and a million other horrible itchy and scratchy things…

will I become like my father who loved living in a place as it was because he chose due to it being that way and… perhaps it was his real mistress. Houses can be that for us… anything can be that for us if it’s a muse who sings our secret song, or something like that.

I (when I was about 15) threw my dad out of his house on behalf of my mother (thanks to a loophole he created because he was… sometimes an idiot like I can be). That was a proud moment of utter stupidity and narcissist related twisted ego screw-ups you think aren’t screw-ups.

There are some things I wish I could forget… I’m glad I can’t forget them.

I’ll never forgive myself for that… I’m glad I can’t.

Some old wounds are more useful as wounds… what matters is not the wound being there but how we handle it being there, what it inspires rather than what has expired.

Like the old walls in this house which have a damp problem… part of the problem is someone (previous owners, not just the most recent one but all those who came before) tried to heal them by covering them over, with plaster, with plasterboard, with paint, with anything goes but nothing really does the trick… to make them look healed and seem healed – forget about it, it all looks okay. But it isn’t underneath it all. 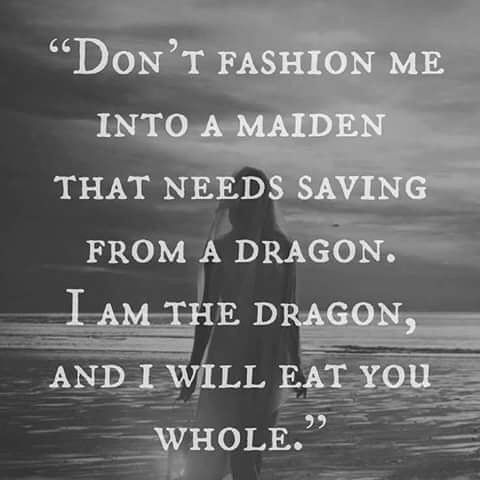 I doubt if I’ll fix what ails this old house…

not for want of trying

I’ll just make an attempt at it as they did, and perhaps my ego will think I’m doing a better job than they did… as they probably thought too.

we’re not any better, we think we are – and that makes us arrogant, our ego inflates and gets on a pedestal to preach… until the structure we’re standing on crumbles but we remain in denial because we’ve said so much and we really don’t want to admit that what we thought was a cure is just another ‘fix’ which isn’t really a fix…

or maybe I will be able to cure what no one else before me has done – but what is the price to pay for doing that and can I afford it? If I can’t, what will I do?

Who will I become…

the wheel of fortune turns,

as it turns… all sorts of things are imagined…