Narcissist – The Dream versus The Reality

It’s a fictional account, based on the real experience of one of the creators and writers, of what goes on behind the scenes of a Reality TV Show like The Bachelor.

I’ve only ever watched one season of The Bachelor. I managed to watch the entire season, unlike when I watched TOWIE, Jersey Shore, The Kardashians, and other people-zoo type of programs. Usually I give up if I can’t relate to anything or anyone, or if it’s too agonising and my psyche can’t take it. I’ll stick with it if it intrigues like a puzzle which can only be solved if you stay the course, if it inspires inner musings and conversations, and if it helps me to figure some inner mystery out.

One of the biggest mysteries in life for me is – other people. There are many reasons for this, one of which is that studying other people helps me to understand myself (this also works the other way around). 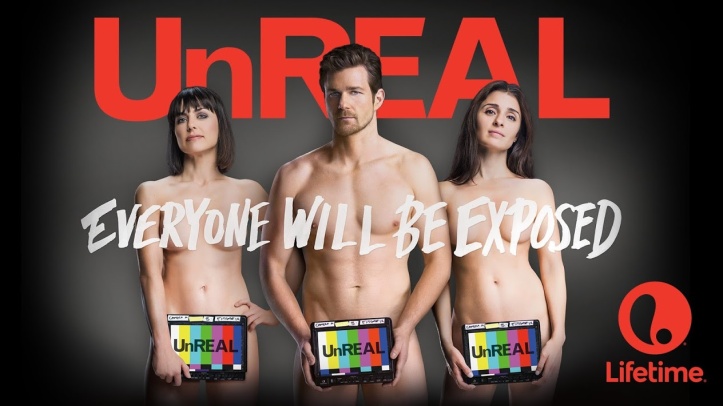 The only part which I remember from The Bachelor was when the contestants were told to pick a dress from the glittering gowns offered to them by the show for a party on a bunch of clothing wracks and there was a stampede, with lots of screaming, shoving, pushing, and bitching. I think that image stuck with me because if I had been a contestant I would have waited until everyone else had done their free-for-all greedy grabbing, fighting over dresses, and settled for whatever was left, including nothing if nothing was left (there are ways of turning a nothing into a something, I’ve learned that from the narcissists in my life).

I once went to a film premiere and the after-premiere party. The famous actors were the best behaved people there, and also the most pleasant to interact with. I had a nice chat with one of the supporting cast members, it was the sort of chat two very shy people who wished they were at home would have. The rest of the people there were rather arrogant, entitled and behaved accordingly, competing ruthlessly with each other (for what? Attention, maybe? Ego points to redeem where exactly?)… this was most evident when I tried to get a bite to eat from the buffet and came up against what I now call – Plate People. They behaved with the buffet the same way that those Bachelor contestants behaved with the glittering gowns. It put me off food for awhile.

That sort of behaviour and the attitude which goes with it is narcissistic, the ugly side of the beautiful game. 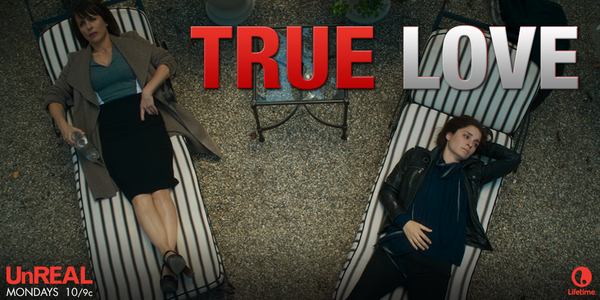 I enjoy exploring what’s popular, trending, what captures the interest of people. It helps me to know what’s going on in the collective consciousness, and also gives insight into the motives and intentions behind what is popular, trending, capturing people’s interest.

Of course not all the collective consciousness is interested in Reality TV. What you can see in Reality TV is a simplified form of what can be found in other social areas, like social media. In some ways platforms like Twitter and Facebook are a Reality TV show where we all get to compete and participate without… I was about to say ‘without the elimination process that goes with casting a show like that’ but social media platforms do have a ‘testing ground’, an elimination process and casting of their own. So do most social groups and spheres.

All gatherings of humans have hierarchies, our minds like order and hierarchies are an order for us to put ourselves and others in. The ones most likely to succeed in hierarchy games, in climbing up that ladder out of sheer determination and perseverance (who cut the rungs on the ladder as they make their way up) are sociopaths and narcissists. The sociopaths tend to do better than narcissists because they’re less likely to get in their own way and self-destruct.

That’s why narcissists are easier to identify (once you’ve taken your rose-coloured glasses off) because at some point the careful facade they’ve created of this perfect superior superhuman is going to crack and their disappointment at being an imperfect inferiority complex ridden human is going to splurge out, and that kind of gunk as hard to clean up as a toxic spill.

Narcissistic personality disorder is a trending topic, and if you go by the conversations about it online, in forums, articles, blogs, psychology hubs, and elsewhere, the percentages which psychologists have given for those with NPD in the population seem to be way off. Or perhaps they are correct and we, the people, are liberally diagnosing others with NPD but those people we’ve decided are narcissists, aren’t narcissists, they’re just narcissists in our eyes (and our eyes may be those of a narcissist – who are far quicker to diagnose others with a disorder than non-narcissists are).

This issue came up in UnREAL in a most horrifying manner.

Now, shows like this one use the narcissism trope heavily and spread it all over, it’s the butter of their bread and butter. However they usually stick with the typical narcissistic traits and behaviours which we all know and love to hate because that’s entertainment pantomime style. 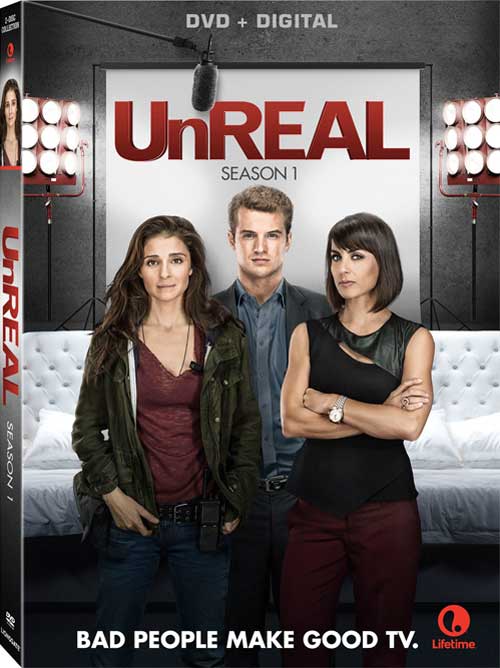 The show actually walks us (the viewer who is being let in on a not so secret secret so we’ll be the smartest person in the room – a very addictive position to be given) through this process as they decide which contestant will be the hero, the villain, the bitch, the siren, the virgin, the sweetheart, etc.

Through it all, through multiple characters, they give us the narcissistic theme of the charmer who is a player, manipulator, only charming when they want something, want someone to do something for them, and thoroughly uncharming when you say ‘No’ to them or once they’ve got what they wanted from you. As well as Overt narcissism they also include the more Covert type of narcissism – the one playing the victim card, accusing others of being the villain while they’re the real villain.

However none of those ‘narcissists’ necessarily have NPD, they’re a reflection of narcissism in society. The kind of narcissism which is so common we don’t really notice it unless it’s absent or if it screws us over. We’re okay with when it benefits us and usually only have a big issue with it when it doesn’t benefit us.

There were a couple of characters who, if you knew them in real life, might be ones you’d be certain had NPD, but since they were in a highly narcissistic environment you could perhaps conclude that they were reacting to their environment in an effort to survive it.

The most horrifying portrayal of NPD came from a character who happened to be outside of the environment which everyone else was in, and this was the mother of the main protagonist. We only get to see her briefly – the protagonist goes to visit her parents, her mother pokes and prods her unrelentingly, in spite of many pleas to stop, for mercy, until she admits that things are a bit difficult and she could use some financial support. The mother pounces on this admittance of weakness and goes in for the kill. She’ll give her daughter a loan but only if the daughter agrees to go back into therapy…. WITH HER MOTHER as her therapist.

This is a surprising twist, more so when we learn that the mother, a psychologist, has been treating her daughter (and her husband who is so doped up on meds his wife has subscribed that he’s a zombie and his wife sees nothing wrong with having done this) since her daughter was a child and has diagnosed her with every disorder in the DSM, including Narcissistic Personality Disorder.

The mother sees herself as a saviour, a perfect woman and being whose job it is to fix others. Everyone else is broken (they’re definitely broken once they’ve spent time in her company) and can only be fixed by her, but they must sign themselves over to her (be a willing victim, sacrificial lamb, experimental subject) to receive her divine healing (for which they will be expected to be eternally grateful).

She is and has been a wrecking ball to her daughter. Her ‘love’ hurts those she loves and does so deliberately but she refuses any suggestions that this is the reality not the dream she has constructed where her love saves those she loves, and what she does is deliberately try to save them from themselves – they have no idea how to live their life and thus must hand their life over to her care.

yes, of my mother…

but also of the bio I read not so long ago on the website of someone offering a system of healing from narcissistic abuse. This person’s bio is very narcissistic, most of it is filled with them telling you how wonderful they are, how ideal their life is, how they’re living the dream, and so on, and you can have it all too if they accept to help you and you sign your life over to them. 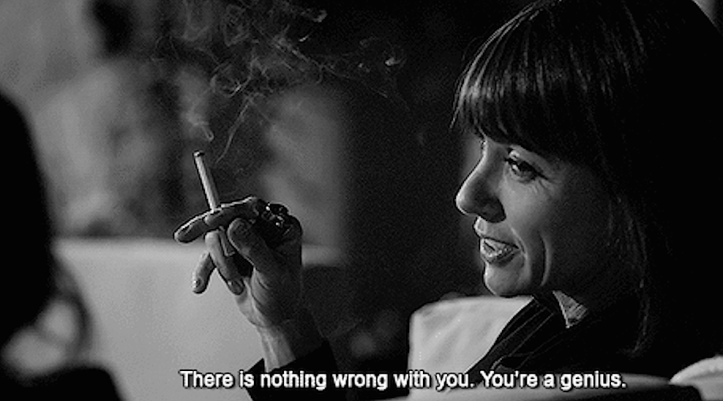 I have no personal experience of their system, and don’t intend to get any, but it gets a lot of good reviews so maybe it’s as wonderful as they are…. and I’m very wrong about them.  The small taste I had of their behaviour and them personally was when they wanted to use my blog to promote themselves, and that did scream ‘narcissist’ for me but…

Just because I experience someone as being a narcissist does it mean that they are? No, of course not!

That is an issue which rears its head in relationships, especially close ones. Relationships require that we blend our lives together without either person losing who they are individually in the process. Some of our life becomes about them and some of their life becomes about us… problems experienced while doing this can give rise to the sort of frustrations which may end up with us seeing them as a narcissist, and they may see us that way too.

We can all be narcissistic, some of that is healthy, normal, natural, some of it can be unhealthy and the unhealthy side tends to get more attention than the healthy side.

The season finale of UnREAL came with a small scene which had me screaming at the TV and wanting to throw the remote at it. It was an unexpected betrayal of the kind which struck very close to home for me.

Sometimes those who claim to love us do things in the name of love which are so far removed from our dreams of love that they tip over into hate. Why would someone who loved you go out of their way to hurt you, and hurt you in the worst possible manner?

Most humans do that because they believe that you’ve done that to them and they’re doing to you what you did to them, they want you to experience their pain, to live it.

Pain of that kind can be a narcissist, without the person being a narcissist… but their pain makes them become one. That can happen to us too when pain takes over and does our thinking, feeling and reasoning for us.

When pain runs the reality show known as living our life, our dreams and those of others which are counting on us to fulfill them can become a nightmare.