Freeze it, Burn it, Blast it!

If you’re alive then you’re going to have to learn how to deal with the things which come along with being alive.

Some of those things are great and well worth experiencing. You’ll want more of those great things once you’ve experienced them, and their incredible taste will stay with you long after you’ve eaten them up making you pursue them hungrily… the pursuit of great things may lead you through aisles full of not so great things, but it’s worth it, right…?

Not so great things vary from the just on the wrong side of neutral to the downright awful. The latter is best avoided if possible but can’t always be avoided, and sometimes trying to avoid the awful creates a whole cornucopia of messiness which is worse than what you were avoiding.

Not sure what happens when you’re dead, according to some theories, which are rather fascinating, death is just a different kind of living and has experiences which sound wild, and both awful and wonderful. 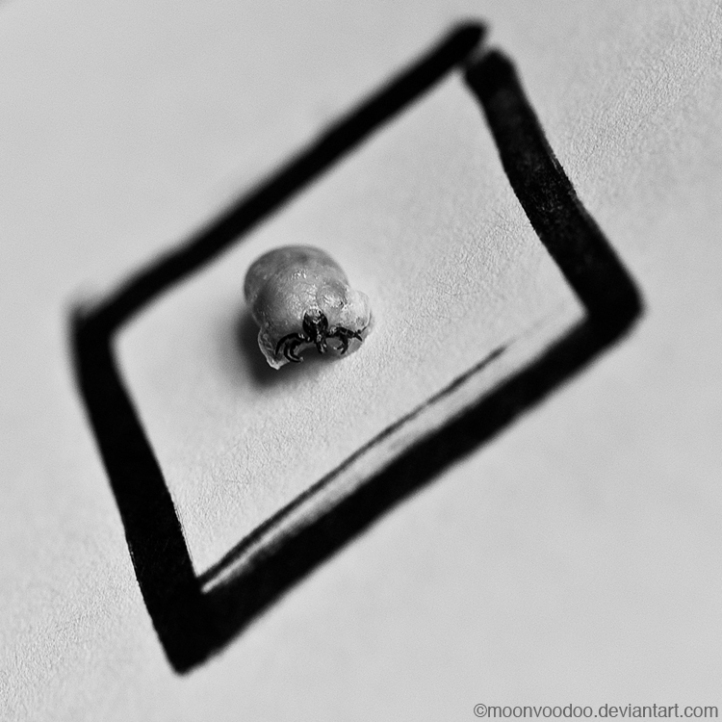 It’s dead because I killed it.

Does that make me a murderer? Am I a sociopath or a psychopath?

(product placement alert!!! I’m not getting paid to promote this, nor did I get this product for free or at a discount to give a review of it on Amazon… that is such an annoying thing those kind of Amazon reviews… this shit worked and I like to share what works for me)

– not sure if it can really call itself non-toxic since it was toxic for the tick, but I think what it means is that it isn’t toxic for the creature upon which the tick has attached itself or those using it (who end up with it all over their fingers and breathing it in because their face is too close to the action).

I give it 4 stars – it would have gotten 5 stars but the tick did not fall off – which is one of the options it says may happen after use of the product, and that was the option I wanted to happen. So… yeah, I’m being a tad picky…

a bit like that person who found one of my posts (- How to Get a Narcissist to Love You – ) to be – “Awful. Use paragraphs longer than a sentence. Less crappy memes and motivational sap too.” (whose comment won’t be approved… and yet perhaps it should be because it’s a perfect example of what you get when a narcissist ‘loves’ you – a critique of why you’re just not good enough for them (but they took time out from their lives to give you that critique so you must mean something to them and that’s narc-love for you). They’re not wrong about that post, but being ‘not wrong’ doesn’t mean they’re right. For instance maybe my sentences didn’t have any plans on being amalgamated into paragraphs…

Small talk used to tick me off, but thanks to prolongued exposure to social media I’m beginning to appreciate it and finally understand the purpose it serves…

Sometimes the negative gives you what the positive never gave you… 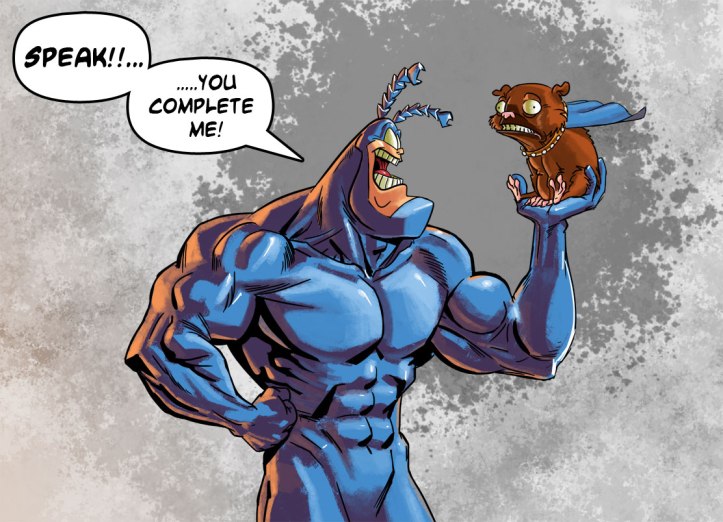 Anyhoo… that’s not a word… it is now because I’ve used it as though it is so don’t get all SJW on me about a triviality (FYI – if you read my posts and god bless and help you for doing that, you’re more nuts than I am… all my arguments are with myself even if they seem to be with others – those others are within me, I’ve absorbed them and am engorged… burping away).

My cat was not impressed by this product, it freaked her out because it hissed at her when sprayed and irritated her skin far more than the tick was doing (I once had a tick on my leg and did not feel a thing, I saw it… but thought it was a crumb of the burnt toast I had messily been eating) – the solution I was applying to cure a problem caused her far more distress than the problem itself. However the problem was causing me far more distress than the knowledge that I would probably upset my cat by trying to remove the tick…

I was impressed by the product because it allowed my partner to remove the tick (he has better nerves than I do, steadier hands, and is very gentle) and get it all out – the trouble with removing ticks is multiple (research this online and it’ll have you screaming and squeamish).

Tiny things can be hard to remove and may fight harder than big things to stay put – kind of like those pet peeves we all seem to have. It’s so much easier to forgive something big but those tiny things are annoying as hell and we never really let them go once we’ve got hold of them and they have a hold of us. Once they have embedded themselves in us, they feed off of our irritation and we feed off of being irritated. We may even pick random fights with people just to get a bite of that kind of nourishing annoyance. 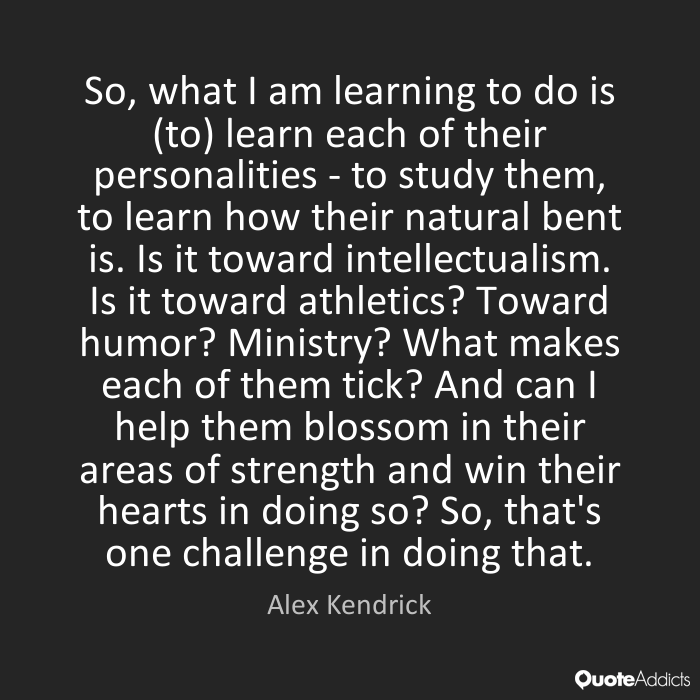 If the tick is alive trying to remove it may cause it to throw up, because you’re upsetting it. It’s sensitive to the slightest negative vibe towards it… the sensitive being can be insensitive towards others when their sensitive buttons have been pushed (or squeezed by tweezers) and they’re in distress. Their distress trumps the consequences of it…

Its regurgitation when in trouble reflex is when it’s at its most dangerous to its host. Its sick contains things which can make you or your furry friend sick and/or cause an infection.

And while it’s fairly easy to get its body off, especially when its body is engorged from feeding (this tick was much larger than the one on my leg which hadn’t fed yet – apparently it goes greyish white once it’s full), getting out the bits it uses to attach itself and feed is another matter that requires the sort of delicate touch which you might not have due to being anxious about needing to have it (as you can see in the pic, my partner got everything out and left nothing behind).

My cat quickly forgave us for our sins against her (far more easily than humans forgive other humans in similar scenarios) and was back to ‘normal’ in no time… getting stroked as she had been when the stroking hand came across a big bump which isn’t usually there, fingers and eyes investigating, alarms ringing within, and mind praying it wasn’t what it was… kicking off the whole debacle.

(I don’t know who created this, thus can’t link to artist and source – my source was Pinterest, but it’s too brilliant not to share)

Whenever something like this – something which upsets the fragile balance of ‘normal’ – happens, I like to turn it into something more than it is in another way from the usual way of doing that. Basically I’m returning balance to what has become unbalanced… in a detour manner.

We humans have a tendency to turn something ordinary into a big balls of unraveling yarn in which we and others get tangled up. A broken glass can turn the floor into lava, a missing set of keys becomes the end of the world is nigh no more and is happening right now, a misplaced remark is an arrow which pierces our heart and we lie bleeding on the floor on the verge of dying the longest and most dramatic death for several years…

we can also turn a catastrophic something into an almost nothing…

and somewhere in between those two extremes, we can turn things into something… that inspires something else that can be a great thing worth experiencing.

Looking at the way my cat handled this disruption to her normal and her balanced system… makes me want to handle things the way she does and be more chilled about the random chaos which sometimes descends suddenly and lifts just as suddenly, departing as it arrived. As a human I tend to waylay its departure… hang on to it with a go but don’t go… maybe I need to adjust the bits of me which embed themselves and hang on, infecting me and causing dis-ease.

Looking at the tick… yes, it’s a parasite and we hate parasites, but it is just doing what nature intended for it to do. It has a purpose… and its purpose may not be just to annoy humans (my cats didn’t seem bothered by it…), instill them with terror of all the awful diseases it might give us and those we love, and inspire us with a scorched earth cure for the problem.

I have to confess that when my hand first found that bump and fear flooded my mind pushing out the rational for a split second… that kind of split second which tends to be experienced in slo-mo… I was all freeze it, burn it, blast it!

But you can’t do that… and so the irrational must be tamed by a more rational approach. And in the process of trying to bring logic to the illogical parts of us we teach ourselves to solve the puzzles which life offers us rather than throw all the pieces away and trash everything, throwing out the good with the bad.

The following song… I dedicate to the tick (judge me if you will, don’t try to understand it unless you’re willing to understand yourself)