I love the idea… although when I first came across those kinds of posts, particularly the open posts, I was very confused about what was happening (but that’s a normal status for me).

Q: What would you say was a normal status for you?

So I thought I’d try it out on my blog (although I’ve sort of always viewed all my posts and my blog like that, like a bit of a free for all which sometimes makes me squee and sometimes makes me grumble – grumbling used to be a normal status for me too but recently it seems to have eased off. Not sure why, maybe because I’m allowing myself to squee more so I don’t need to grumble so much).

Q: Is there anything you’ve allowed yourself to do more of which has shifted your experience of yourself?

Before you share yours, I’m going to share mine. I used to always let everyone else go first, partly because I’m nice and polite (hahahaha…), but mostly because I usually get this whole sharing thing so awkwardly wrong (as in TMI or too intense or mistakenly thought I was actually being asked to share my real self and real life when what was required was a water-downed socially appropriate not-self-self with a not-real-life-life) that I need someone else to set the parameters. But I’m almost 50 now (and feeling loud and proud about it) so… who cares if I’m awkward and wrong or more to the point yay for being awkwardly wrong (is that attitude awkward and wrong!?)!

Q: Has aging actually been a bonus rather than a minus for you?

My week started off (probably not on Monday… I’ve always had a loose sense of time, and still do, but nowadays I don’t let it make me as anxious and uptight as I used to) with an unplanned power cut. My month started off with a planned powercut. I live in what is known as a rural area, and powercuts are a common occurrence, especially during a storm. The unplanned powercut was due to a storm, and announced itself at 3 am with machines which make a noise doing so intermittently as the electricity went on/off/on/off/on/off. I rolled out of bed (I sleep on a mattress which is on the floor – no monsters can hide under that!), groggily made my way to the fuse box and switched the whole thing off at the mains, then went back to bed and to sleep – I roll and rock like that!

The following morning the powercut was still ongoing – luckily our local power network company is surprisingly efficient (and has a surprisingly excellent customer service) and they fixed it ASAP when they said they would.

In the past powercuts made me feel really vulnerable and powerless in more ways than the obvious (except when I was a child as they were usually connected to lightning storms and I loved those… my parents had a generator so, there was that too). These days I appreciate the pause in routine and the silence – it’s amazing how many things buzz which we don’t hear until they stop buzzing.

Q: What does a powercut mean for you, metaphorically or otherwise?

I changed my blog header. It was time. While I loved the previous header (which is the featured image of this post) as I have loved all previous headers, it was time for a change because I have shifted slightly in my relationship with my blog.

I changed the header on the day before the Aries full moon. I’m one of those people who likes astrology. But just because I like it doesn’t mean I never question it. I’ve been dipping in and out of it since I was about 14 yrs old.

Sometimes it explains things when nothing else can, gives me another language to explain something, sometimes it just makes everything more complicated.

The predictions for the Aries full moon which I read on my favourite astrology blogs were way off the mark for me even though the full moon and the planets which were in aspect to it all hit natal placements in my chart (with conjunctions, squares and oppositions). On that day I had a sudden rush of hush, of complete calm, which is still active and rippling through me – it was as though whatever has been powering my general malaise about me being me and living life my way (which always seemed to be the wrong way) throughout my existence had a sudden powercut which is still ongoing.

Since the end of 2017 there’s been an issue which has been causing surges of varying degrees of anxiety within me – I suddenly felt as though it was all going to be okay even if the worst case scenario which I could imagine (and I have a vivid imagination when it comes to WCS’s like most people with anxiety) happened.

Q: Have you ever thought/felt that you were broken (or had finally fractured after an extended period of too much stress) and that this was actually a good thing? 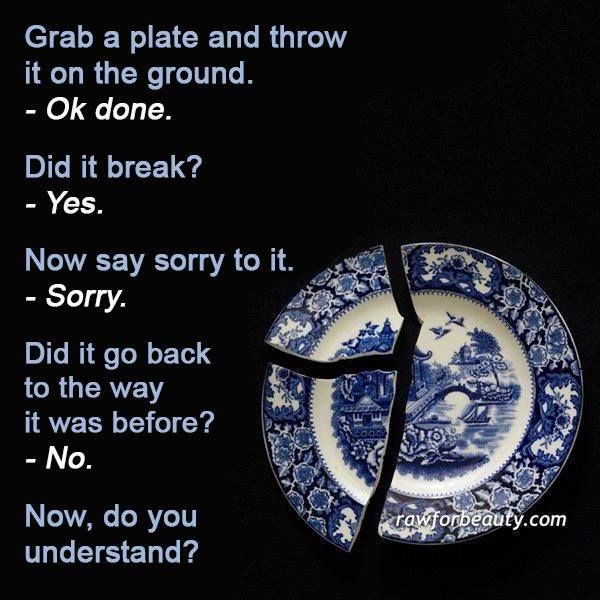 I prefer astrology to psychology (which I also like, and like to question – my godfather/uncle was a child psychologist who… didn’t really seem to understand children at all and my narcissist parents had fun with that, with him, with using him against me. I wished I had asked him why… why he became a child psychologist. I bet the real answer which he probably wouldn’t have given me would have been interesting) which to me is always saying in sing-song – you’re effed and you know you are (but you refuse to know you are). I know I’m effed, thank you very much, most humans are… simply by being born into the humaniverse.

I prefer philosophy to psychology and astrology. Why? Why indeed…

Q: What’s your favourite subject (or subjective perspective) and why?

I recently started watching – Instinct – with Alan Cummings playing a psychology professor (amongst other things). In the very first episode he offers a student in his class a passing grade if that student hits him. The student does nothing. He then says he’ll fail the student if the student doesn’t hit him. The student does nothing. He then offers the student a million dollars to hit him. This goes on until the point is made – a good human versus a bad human is a matter of context and opinion. Or something like that. It’s a silly and superficial show… which is sometimes the best show to get some points about being human across since we’re not guarded when we watch it because we think we’re smarter and deeper than it is.

Million Yen Women – which is an awesome Japanese psychological thriller which will test your biases, opinions, criteria of judgment, and thinking. The literary critic is probably my favourite character because he’s such a type who regularly stalks the world of human and likes to tell everyone else what to love and hate, often accumulating power to do so and abusing it, his reasoning is deeply flawed and motivated by anything but appreciation for truth.

Erased – a Japanese TV series based on a Manga about a man/boy who gets sucked back in time and given the opportunity to relive a moment in time to adjust it. It gets more and more complicated and there’s a rather stereotypical villain, but the story is fascinating as it deals with all those things which steer us one way or another in life… and which sometimes cause us to look back and wish we could do things differently.

Wished – a Chinese film about having random wishes you’ve made granted and the consequences which ensue.

The Post – this is a based on a true story film. It was interesting but not as interesting as reading the Wiki bios for the real life people (and the other real people connected to them) the characters were based upon. You know that saying – truth is stranger than fiction… that in spades!

Doctor Strange – this is one of those films based on a Marvel comic. I tend to avoid those except when I don’t. Sometimes I like to watch things my bias tells me I’ll hate. I sort of liked it, perhaps in part because the ‘hero’ is an a-hole. Who better to deal with a villain a-hole than a hero who’s an a-hole too? It posed some interesting questions. And it had a lot of metaphysical elements… I do like me some metaphysical elements.

I also tried watching a new TV show which claimed to have metaphysical elements but in the first few minutes of the first episode some character associated Paracelsus with doom predictions related to crows and I just… nah!

Q: What have you recently watched and do you know why you watched it? Did you learn anything from it?

I like watching TV shows and film… sometimes it helps me to understand life, humans, myself. Sometimes it doesn’t. Sometimes it can make me hate myself… that happens most often when a TV show or film is hammering home a ‘social must’.

Q: What do you think I mean by a ‘social must’?

Hint: The Cosby Show used to hammer those ‘social must’ nails into our viewing skulls… yeah… hmmmmkay…

Let’s move on shall we…

When I changed my header, I also decided that I should adjust my blog’s main menu. I was going to add a link in the menu to a page where people could ask questions, comment or make a suggestion… and I probably still will do it, but it’s on pause atm because as I was trying to sort that out…

Someone commented on a recent post and made a great suggestion for a post about finding your balance in a relationship with a narcissist. Because sometimes people can’t cut a narcissist completely out of their life picture even if they want to.

I did write a draft post for it but I decided not to go ahead with publishing it due to it being a bit too me – this isn’t a bad thing, it’s just that… sometimes me being me and expressing that is only interesting and comprehensible to me. For instance I got very sidetracked in my draft post by the title of the post – I couldn’t think of one and decided to use an online Title Generator. The results from the various Title Generators with which I experimented made me laugh, want to rant, cough up a loogie, and go hmmm…

That particular result (above) made me go off on a several very long and winding and twisted tangents, one of which had to do with cultural appropriation. Then I switched cultures because I was reminded of a book which became a business world must-read. I even uploaded an image (see below) about the latter: 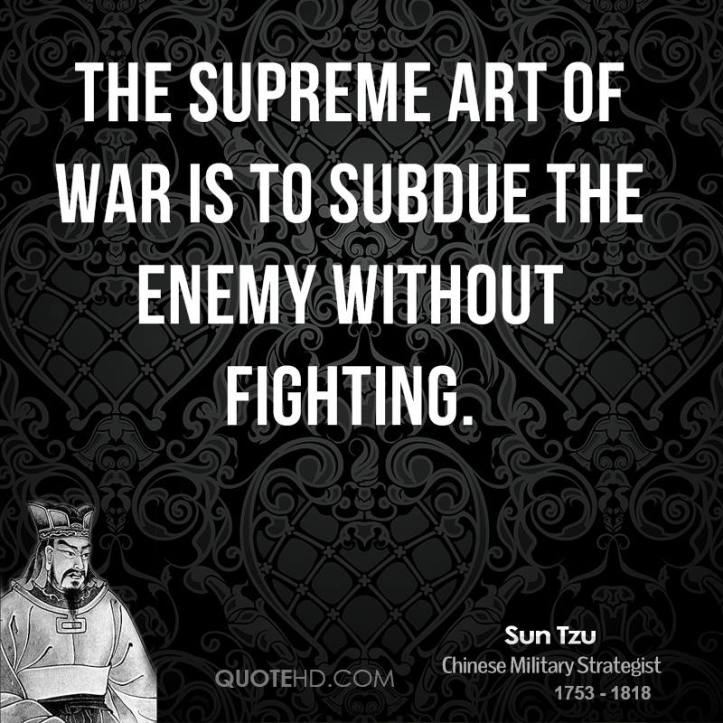 Q: Have you ever forced yourself to read a must-read book? Which one and why?

That’s it from me today. I’m sure I’ll recall many things I’ve forgotten once I press ‘publish’ on this post. And I’ll probably have a period of regret about what I have shared in this post – ugh! why did I say that!?! (those ugh things you say are sometimes the best rather than the worst… especially when they’re the natural wild unfiltered you finding a way to escape from your self-control).

The wanting comes in waves… and yet sometimes it stops waving and wanting.