Learning an Abstract Language for the New Year

How many languages do you speak?

How many languages do you understand?

How are you? – asked by someone who is being polite, uttering what is conventionally considered a correct phrase to use when interacting socially with others. This person is not interested in the answer to the question unless it has bearing on them in some manner, they are probably hoping that you will give them the correct conventional answer – I’m well, and how are you? – and this segment of the interaction will be over without too much fuss.

This is someone speaking a language. A social language of going through the motions.

How are you? – asked by someone who is genuinely interested in you. They are aware of you and your life, have taken the time to get to know you, and are conscious of your well-being. They will expect a genuine reply to their question, and will gladly spend time listening to your answer. You will probably return the interest and this conversation may evolve into a heartfelt interaction.

This is someone understanding a language. A social and personal language.

Being able to speak a language simply allows us to communicate verbally with others, but the communication is superficial and lacks connection. Ships passing in the night.

Learning to speak a language is important, and also a starting point for learning to understand it.

Being able to understand a language takes more time, sometimes a lifetime, but it is worth it as it allows us to communicate at a much deeper level and form bonds with others. It also allows us to learn and understand other languages within each language.

If you’ve ever put on an accent, pretending to be French, for instance, you will also probably adopt certain mannerisms which are associated with that lingo, such as pouting your lips, as each language has a body language which goes with it. And if you are really going for it, you’ll probably also adopt an attitude connected with the stereotype (stereotypes are also a language) of that language, as attitude is another language within a language.

So, you’ll become a haughty Maitre d’ who rolls his eyes in disdainful despair at the stupidity of the diner who complains of a fly in their soup. Who purses your pouting lips, tut-tut-tut-tut’s (with secret delight at the power of tut-tut, the language of rhythm), then explains with careful condescension, enunciating each syllable pausing in between for an existential sigh (Ah…. le language of le sigh), that the fly is not just any ordinary house fly but a delicacy in French cuisine (fly a la mode… de chez-nous), more sought after than the finest truffle. Then you will stiffly flounce away to go outside and have a cigarette (Non?), each puff of smoke punctuating your polemic about the ignorant conditions in which you are forced to work and the degradation of the meaning of your life for which you once had such high aspirations (inspirations and exhalations). Cough, cough… en francais. 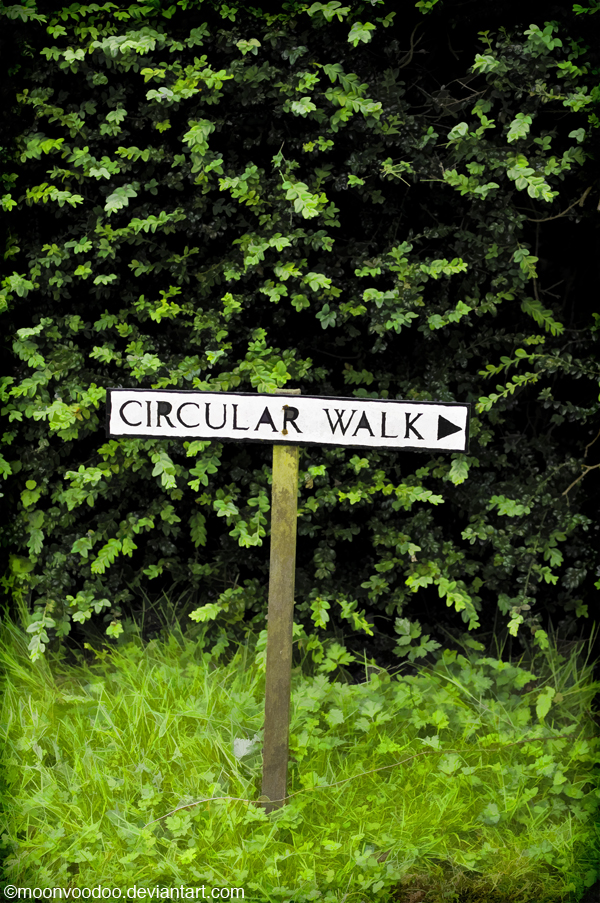 This train of thought began while I was browsing an article on the BBC news website which was discussing those who by choice decide to spend Christmas alone, and who actually enjoy to the shock and horror of those who feel that such a thing is almost akin to treason of season (al spirit).

“Psychologist Dr Arthur Cassidy agrees that introversion for one day of the year needn’t necessarily imply loneliness and social isolation.

“There is actually a liberty to being in one’s own company, even if you are construed by others as being lonely,” he explains. “Spending Christmas alone can certainly be liberating. We live in a world where we are expected to conform – not doing so can be an exciting phenomenon.

“Of course, it really depends on which part of the world you are in – culturally speaking. Here in the West, social solitude is still stigmatised. Instead, the cultural norm is to be connected on a day-to-day basis, especially on Christmas Day.” via The people who choose to be alone at Christmas.

.
Then it continued while reading two psychological articles whose language was so similar that I figured a new study must have been recently released which reexamined the conventional belief systems in place in society about social conditioning rights and wrongs, do’s and don’t’s, and so on.

.
“Herd mentality negatively affects our ability to make the right decisions. According to a recent study at the University of Exeter, copying others causes people to stop responding to changes in their natural environment. People stop trusting their own instincts (which are usually correct) and simply do what others do.” via 5 Reasons Why You Shouldn’t Be In the In crowd

“Affirmation. Growing up, we sought to achieve the approval of our parents, our older siblings, our teachers, and our peers. We wanted high marks in school, and we wanted those around us to recognize and appreciate our accomplishments. While it’s important and healthy to receive support from those around us, this belief system, that approval of others is necessary for self-worth, causes us to constantly be looking for external affirmation for internal confidence. When you give other people control over how you feel about yourself, for better or for worse, what they think begins to really matter. The more positive things the person expresses, the better you feel about yourself and the more confidence you have. Conversely, however, receiving criticism can swiftly strip you of all the confidence you’ve built up. Finding our own, internal self-worth can be an incredibly freeing achievement.” via The Three Worst Things We Learned As Children

(Reading psychological articles tends to make me wonder about the language of that world, it seems so black and white, at least they seem to view everyone outside of their inner circle as being in black and white… until they bring some colour to us.)

Which then reminded me that in astrological circles… today is a red letter day. In the language of astrology, Saturn, the taskmaster and teacher of the kind of language which many of us don’t like to learn – discipline (particularly self-discipline) – is moving from Scorpio into Sagittarius. Sagittarius is a sign which loves to learn new languages, explore belief systems, and travel the world… of cultures, philosophies and… Old Uncle Tom Cobley and all.

“Saturn is getting ready to move in to Sagittarius (December 23). When a big, slow-moving planet lumbers into a new sign, it awakens new territory—in this case, the land of beliefs. Petty arguments about holiday greetings are examples of Sagittarius’ shadow side, the calcification of personal convictions into something ungenerous and exclusionary.” via Gemini Full Moon: Happy Whatever

“The War of the Centaurs symbolizes the dual nature of humans, the civilized side versus the wild, untamed animal instincts that lie within us all. It’s a timely theme as many struggle to meet humanity’s current challenges with civility and reason in a climate of violence and aggression, where beliefs are so twisted that torture isn’t torture, but “enhanced interrogation” that keeps us all safe. It’s hard to believe that anyone actually believes that.” via Weekly Forecast December 22: Saturn enters Sagittarius, Mercury conjunct Pluto

From the sounds of it, of the language of now… this is a good time to learn a new language, an abstract language perhaps.

Such as… if you’re alone over the holidays and the language is new to you, and you feel left out of the togetherness which appears to be going on around you (even if that togetherness may be filled with the language of fractured relationships, long held grudges and other issues – not socks again for Xmas!), learning to appreciate the language of solitude may ease the loneliness and perhaps make it something sweet, a tender time with yourself to get to know yourself better, just relaxing in the being that you are.

Or… if you have spent the year trying to fit in yet never quite adapting to the lingo of the group with whom you are trying to fit… kind of like trying to force your body to wear clothes which were made to fit mannequins who never have all the bits which humans have – the language of movement, for instance. Those shoes are beautiful as long as I don’t try to walk in them. That suit is amazing as long as I stand really still. My butt looks good in this as long as I don’t sit down. And this sexy underwear is soooo sexxxy, luckily I don’t have to wear this for long because I think my limbs are losing their battle to keep the circulation flowing… and the learning curve has been stressful. Perhaps switching sides and listening to the language within which may be telling you to not fit in but stand out from the crowd, go your own way, follow your singular bliss. 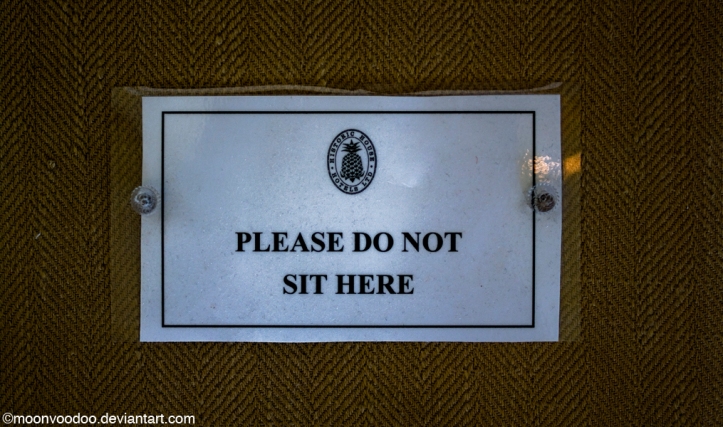 Or… if you’ve been chasing a fairytale and like an unicorn it keeps evading capture while leaving a trail of rainbow poo for you to follow, perhaps that fairytale is not for you and learning the language of a new fairytale might be the way to go, or even writing your own story and giving happily ever after your own individual spin instead of trying to spin yourself into a generic happily ever after which just doesn’t work for you and your unique…ness. Nor does it work for those others who you try to crowbar into their respective roles for you to be your chosen role. Time for some change to the language of roleplay.

“A travel agency in one of Japan’s most beautiful cities, Kyoto, has started organising bridal ceremonies for single women.” – via Japan: ‘Solo weddings’ for single women

Sorry, this post is written in my mother-tongue, the language of distraction…. strangely enough, even though I have spoken it all my life, I’ve only just begun to understand what it is saying. It’s not as alien as I thought it was… that’s something.

So, what new language would you love to learn to speak and understand (this applies to all languages, especially the abstract kind)?